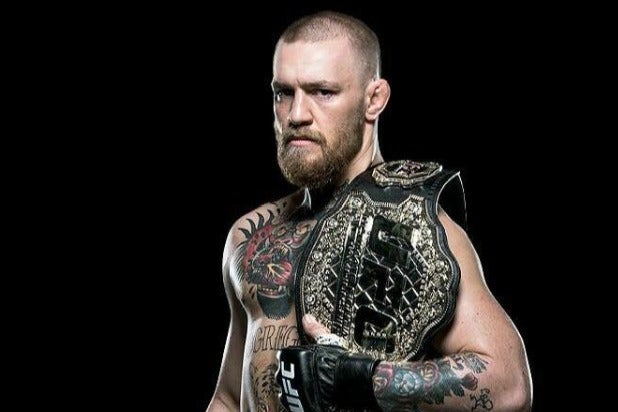 Two-division UFC champion Conor McGregor announced on Twitter Sunday that he was retiring from mixed martial arts, ending a career as one of the most successful cage fighters of all time.

“Hey guys I’ve decided to retire from fighting,” McGregor said. “Thank you all for the amazing memories! What a ride it’s been! Here is a picture of myself and my mother in Las Vegas post one of my World title wins! Pick the home of your dreams Mags I love you! Whatever you desire it’s yours.”

Hey guys I’ve decided to retire from fighting.
Thank you all for the amazing memories! What a ride it’s been!
Here is a picture of myself and my mother in Las Vegas post one of my World title wins!
Pick the home of your dreams Mags I love you!
Whatever you desire it’s yours ❤️ pic.twitter.com/Dh4ijsZacZ

This isn’t the first time that McGregor has announced that he’s calling it a career. In 2016, he announced that he had “decided to retire young” during his reign as featherweight champion after being defeated by “Ultimate Fighter” winner Nate Diaz via submission in a non-title fight. A few days later, McGregor announced he was fighting again. In 2019, he announced his retirement again, but UFC President Dana White said he believed it was a negotiation tactic to get an ownership stake in the promotion. Ultimately, McGregor came out of retirement again, facing Donald “Cowboy” Cerrone this past January and earning a knockout in 40 seconds.

But if this is indeed the end for McGregor, he ends it as one of the most successful MMA fighters of all time with a record of 22-4 and UFC championship reigns in both the featherweight and lightweight division and becoming the promotion’s first double champion. His KO of Cerrone, which was a welterweight bout, made him the first UFC fighter ever to score knockouts in three different weight classes.

With his knockout power and relentless trash talk, McGregor rose alongside Ronda Rousey as the face of UFC as it continued to surge in popularity. His lightweight title fight against Khabib Nurmagomedov, which was marked with derogatory exchanges and a post-fight brawl at a Vegas bar between the two fighters, drew a MMA record 2.4 million buys on pay-per-view. Overall, he has headlined five of the top six highest-selling PPV events in MMA history, and his boxing match against Floyd Mayweather earned 4.3 million buys, second-highest for any PPV event.