Conrad Janis, a prolific actor who starred in TV shows including “Mork & Mindy” and “The Cable Guy,” has died. He was 94.

The actor’s business manager Dean A. Avedon confirmed his death to TheWrap. “He was a longtime client and personal friend,” Avedon said. “He will be missed greatly.”

Janis was the son of noted art collectors and gallerists Sidney and Harriet Janis. In addition to his acting career, he was also a skilled jazz musician and, following in his parents’ footsteps, a gallerist. He began acting in 1945, when he appeared in the Broadway show “Dark of the Moon.” The same year, he starred in the wartime comedy film “Snafu.” 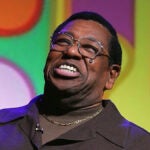 Over the next several decades, he appeared in several films, including the 1947 film “The Hagan Girl” starring Ronald Reagan and Shirley Temple. He also earned countless television credits, such as “The Untouchables,” “Get Smart,” “The Jeffersons,” and “Laverne & Shirley.”

In 1978, Janis secured what would become perhaps his most recognizable role as Mindy’s father, Fred McConnell, in “Mork & Mindy.” He appeared regularly on the show until 1982.

Following “Mork & Mindy,” Janis continued his television appearances for more than two decades, with credits including “St. Elsewhere,” “The Golden Girls,” “Murder, She Wrote,” and “Frasier.” He was also cast in numerous films, such as “The Happy Hooker,” “Mr. Saturday Night,” and “The Cable Guy.”

In the 1990s, Janis and his brother, Carroll Janis, took over their mother’s art gallery and continued to operate it until 1999. Janis is survived by his brother, as well as his son Christopher, daughter Carin and extended family.