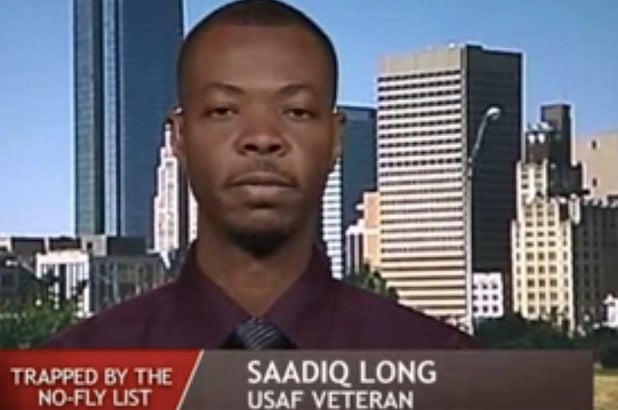 The Intercept’s Glenn Greenwald provided TheWrap with comment, criticizing Pajamas Media for continuing to stick with its discredited story.

“We have an on the record statement from the US Government – the US consulate in Turkey – that he’s been charged with nothing. You can’t get more definitive than that.”

Several conservative media sites falsely reported that a veteran of the U.S. Air Force who happens to be Muslim was arrested in Turkey for being an ISIS operative.

Pajamas Media, a conservative media website, wrote a story on Nov. 24 titled “MSNBC’s ‘No-Fly List Is Islamophobia‘ Poster Boy Arrested in Turkey as Part of ISIS Cell.” The story reported that Long, a 10-year Air Force veteran, and his family had been arrested on the Syrian-Turkey border for being an ISIS operative.

The reporter, Patrick Poole, reported Long was “sitting in a Turkish prison — arrested earlier this month near the Turkey-Syria border as members of an ISIS cell.”

But The Intercept reported on Thursday that PJ Media’s report — and subsequent reports on FoxNews.com and other conservative sites — are completely false.

Long and his family were detained — not arrested — near the Turkey/Syria border and told they were being deported, presumably because they were on a no-fly list, which had prevented Long from traveling back to the U.S. in 2012 to see his ailing mother.

He was then sent to Turkey’s deportation center, where they still remain. “He faces no criminal charges of any kind in Turkey,” Glenn Greenwald and Murtaza Hussain reported for The Intercept.

“From the start, U.S. officials repeatedly informed the family members of Long and his wife that they were being detained for deportation, not arrested or charged,” The Intercept story reported.

The site obtained emails between American consulate officials in Turkey and Long’s family that show Turkey’s effort to return Long and his family back to the U.S.

“We are working with the Turkish government regarding your sister’s and her family’s departure from Turkey,”  a consulate official wrote on Nov. 30 to a family member.

“There are no local charges and they are being detained for immigration violations,” Long’s brother-in-law told The Intercept.

Reached for comment on whether he’d be retracting his story, PJ Media’s Poole stood by it, continuing to claim Long was arrested for being an ISIS member.

“Nowhere did I say he was charged, I said he was arrested,” he told TheWrap. “I sat on the story for three weeks waiting for something from one of my Turkish contacts.”

“My reporting relied on information from the National Targeting Center, which was based on information provided by the Turkish government about the foreign fighter sweep,” he said. “The story Glenn [Greenwald] is trying to spin raises more questions than it answers.”

He also cast doubt on The Intercept’s reporting that Long and his family were arrested in a town near the border — known for being a traveling point for ISIS members–with intentions of exploring Turkey for a possible move there.

“That doesn’t make any sense, I don’t believe that,” he said, concluding, “New information may be available, but I reported what I had.”

But the fact remains — Long was not arrested for links to ISIS, a notion now regarded as fact among conservative media that stains the reputation of an American veteran.