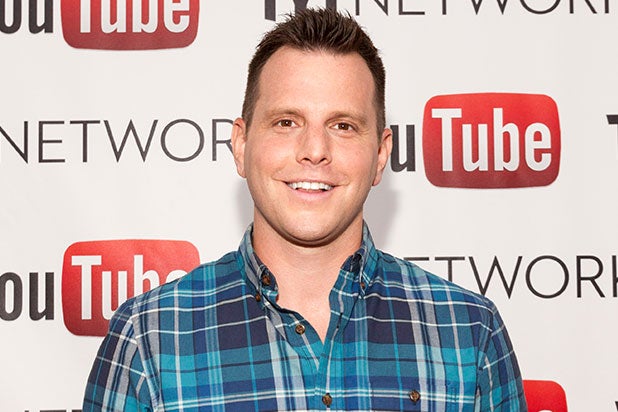 That comes as no surprise after a series of YouTube-related headlines making Rubin and his conservative peers become the subjects of the news, not just the commentators on it.

In May, a sit-down interview with presidential hopeful Pete Buttigieg was derailed by pressure from what Rubin labeled an “outrage mob” that included activists and journalists. In June, he said he worried public outcry and demand for YouTube to ban conservative video-maker Steven Crowder would only lead to Silicon Valley censorship.

Also Read: YouTuber Dave Rubin on the 'Outrage Mob' That Derailed His Pete Buttigieg Interview: 'They're Not Journalists, They're Activists'

In Tuesday’s announcement, Rubin said BlazeTV paid subscribers would get early access to episodes of “The Rubin Report” and current subscribers will receive an extended trial to BlazeTV.

As noted in a series of tweets, the distribution deal is meant to expand the reach of the show. All episodes will remain free on YouTube and his podcast.

2. Inked distribution deal w/ @theblaze to expand reach of show. All episodes will remain free on YouTube and podcast. Blaze and DaveRubin(dot)com subscribers will get 48 hour window on full episodes. We remain totally independent and have 100% control of content and decisions.

“Harvard foolishly rescinded the acceptance of @KyleKashuv so we hired him as our new Digital Director. Instead of racking up college debt he has a paying gig. Welcome aboard, Kyle!” he wrote.

Kashuv’s Harvard acceptance was rescinded following publication of racist messages from the teen, some of which used the N-word or made statements like, “Kill all the f—— Jews.”

“Honored to be part of team @RubinReport!! Oh, and i’m most definitely still going to college!” he responded via Twitter.