The low-budget movie “Contest” was conceived with the idea of reaching teens and tweens with an anti-bullying message, and the Cartoon Network was looking to expand its “Stop Bullying: Speak Up” campaign. So it was a perfect match.

“Contest” will make its world premiere on Oct. 6, the network announced Thursday. Set in a small-town high school, it’s about a bully and his favorite target forging an unlikely friendship as partners in a cooking contest.

And to build awareness of the project, the movie’s producers leaned heavily on Twitter and Facebook, where they got a major boost from a social media-savvy cast that includes a slew of on-the-rise stars. Among them are Kenton Duty (“Shake It Up”), Katherine McNamara (“Madison High”) and Dan Flaherty (“Skins”).

The cast and filmmakers kept a steady stream of updates flowing during the months that they were shooting, doing post-production and marketing the movie.

“That’s a long time to keep young people engaged,” Howard Alter, chief executive of Percolate Productions, the fledgling New Jersey outfit behind the project, told TheWrap. “We sent out photos and video from the film, shots from the set, what progress we were making in marketing the film and tried to keep them aware of what the cast was doing.”

A theatrical release was the initial target, but the Cartoon Network seemed an ideal landing spot, and deals with iTunes, Netflix and Red Box are still in the works. The film will be featured at next month’s 36th Mill Valley Film Festival.

“We’re trying to inspire more open discussion between kids, parents and educators about bullying,”  added Stuart Snyder, president and chief operating officer of Cartoon Network. “This is a well-made, engaging movie that lets us continue to spread the message that bullying can be addressed effectively when someone has the courage to speak up.”

This is the third year for the network’s award-winning “Stop Bullying” program, which next month will mark National Bullying Prevention Month with an array of programming and events designed to raise consciousness around the issue.

Snyder said the goal with “Contest” and this year’s events was to take things to the next level.

“Kids want to live and learn in safe environments,” he said. “We want to encourage kids’ natural inclination to stop bullying from happening, and get to the point where speaking up is just ‘what you do.'” 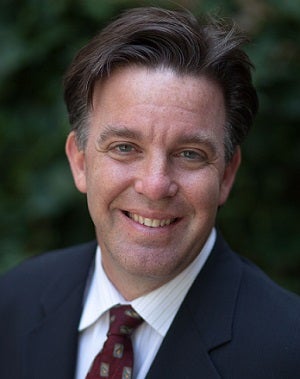 As for the social-media push, “I think what the online campaign established was that that there was an audience ready and willing to engage with us,”  Alter told TheWrap.

Giunta initially tried to fund the project on KickStarter in 2011. It came up short, but the movie caught the eye of Alter. It was after the film was shooting that Alter – whose day job is managing Roundview Capital, the investment firm he founded in 1992 – rolled up his sleeves in terms of marketing it.

“Having three teenage kids of my own, and being on the set for a month with all these young people, it became clear how important social media is to them,” Alter said. “You have a certain budget to work with on an independent film, and I thought I’d give it a try myself, which let us reallocate the resources into the movie itself.”

Immediately following the 6-8 p.m. TV premiere of “Contest,” the Cartoon Network will offer a live online Q & A with author and family expert Rosalind Wiseman, one of the advisers who helped create the “Stop Bullying: Speak Up” campaign.