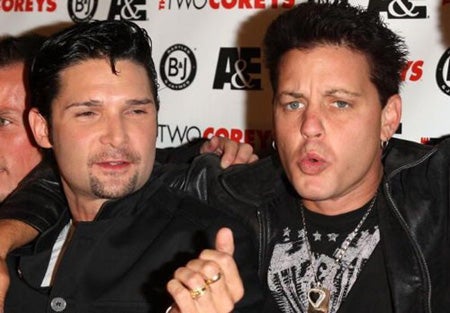 Corey Feldman appeared on “Larry King Live” Wednesday to talk about the death of Corey Haim, his longtime friend and frequent co-star.

Feldman revealed that the pair – who had starred in A&E’s short-lived reality series “The Two Coreys” – had recently taken meetings about filming a sequel to 1988’s “License to Drive” – with the possibility of doing a third.

Feldman slammed Hollywood and TMZ over their treatment of aging childhood stars.

"I appreciate the fact that everybody really cares and — and is trying to show their expression of — of sorrow right now. But at the end of the day, Larry, where were all these people the last 10 years, the last 15 years of Corey’s life?

Corey was living in the Oakwood Apartments with his mom, very broke, very destitute. … He didn’t even have a car. Where were all these people to lend a hand out, to reach out to him and say, you know, you’re a legend, you’re — you’re an amazingly talented, wonderful person who’s really never gone out of his way to hurt anybody other than himself. He was there for his mom and he took care of her. He’s always been a good person.

In this entertainment industry in Hollywood, we build people up as children, we put them on pedestals and then when we decide that they’re not marketable anymore, we walk away from them.

And then we taunt them and we tease them and things like TMZ, outlets like that, where it’s acceptable in society, it’s OK for society, as a whole, to pole — to poke fun at, to — to point fingers at, to laugh at us as human beings. Why is it OK to kick somebody when they’re down? 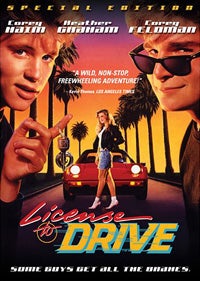 He also cautioned the media not to jump to the conclusion that Haim’s death was the result of a drug overdose.

We all are aware of the fact that [he] had a long and detailed drug history. And — and battled addiction for many, many years. I know it better than anybody, because I’ve been the guy stuffing charcoal down his throat when he was O.D.-ing. I’ve been the guy trying to make him, you know, stand up, or — or say a complete sentence. I’ve been there with him through it many, many times. And it — it’s happened very badly, and very intensely through the years on many occasions.

However, most recently he’s been honestly in the best frame of mind that he’s ever been in the past year. I mean, I would say with his mom battling cancer, he’s really showed up. He’s really become a man. He’s been there. He’s been there for her. Taking care of her. Being responsible.”

Feldman said that he is hoping to organize a "sizable" public memorial in Hollywood after an autopsy on Haim’s body is performed.

"I would really like to see people in Hollywood pay their respects for him for the work that he’s done. He’s not a joke. He’s done some amazing work. Look at ‘Lucas,’ look at ‘Lost Boys,’ look at ‘Blown Away.’ I mean the kid was an amazingly talented actor."