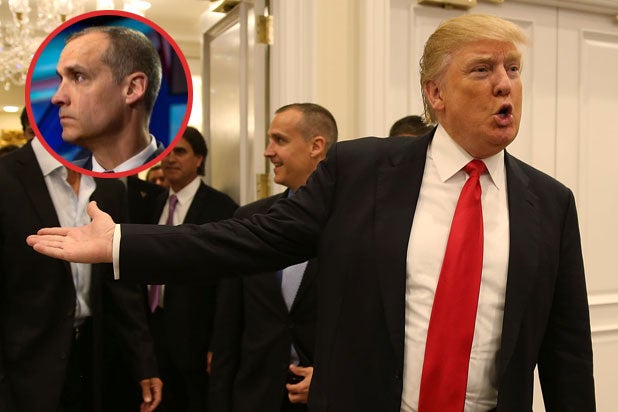 Politico reported that the publisher, owned by Rupert Murdoch’s NewsCorp., backed out because of the non-disclosure agreement that Lewandowski signed when he went to work for the Trump campaign last year.

“Once again @politico has their facts wrong and attributed to unnamed sources,” Lewandowski tweeted on Tuesday morning. “Guess journalistic integrity doesn’t rank as a priority there.”

Politico and HarperCollins did not immediately respond to TheWrap’s request for comment.

Despite Politico’s report that Lewandowski was working on a book with a working title of “Let Trump Be Trump,” the former campaign manager himself repeated his denials. In May, he issued a similar denial to BuzzFeed.

Once again @politico has their facts wrong and attributed to unnamed sources. Guess journalistic integrity doesn't rank as a priority there.

Lewandowski’s NDA has also been a topic of conversation regarding Lewandowski’s new gig as a CNN political contributor.

Last week when the hiring was announced, Fox News hosts Megyn Kelly and Howard Kurtz discussed the decision made by their rival network. Kurtz blasted it as “sad,” while Kelly questioned if Lewandowski could provide “honest analysis” given the legal constraints of his contract with the Trump campaign.

Kurtz elaborated on his thoughts in a blog post.

“Even if he wanted to be critical of Trump, Lewandowski signed a non-disclosure agreement that prevents that. He can’t defame or disparage the guy, as Burnett pointed out. So CNN is not getting even a semblance of independent analysis,” Kurtz wrote.

Lewandowski was hired by CNN last Thursday, only three days after he was fired by Trump, and doesn’t seem to think the NDA will impact his ability to do his job.

“I’m a guy who calls balls from strikes. I’m going to tell it like it is,” Lewandowski told CNN’s Erin Burnett.