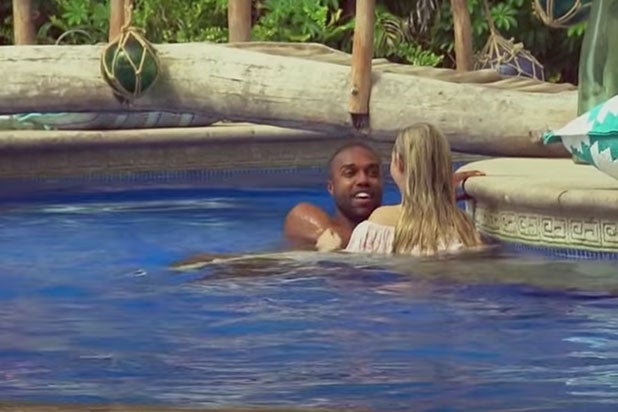 “Bachelor in Paradise” landed season highs on Monday, one night ahead of host Chris Harrison’s sit-down interview with Corinne Olympios.

As a result, ABC finished first among adults 18-49, though “American Ninja Warrior”-strong NBC claimed the No. 1 spot in terms of total viewers.

Fox was third in the demo, CBS took bronze among overall audience members.

Also Read: Corinne Olympios on 'Bachelor in Paradise' Scandal: 'I Never Meant That I Was a Victim of DeMario'

ABC was first in ratings with a 1.4 rating/5 share in the advertiser-coveted demographic and second in total viewers with an average of 4.7 million, according to preliminary numbers. “Bachelor in Paradise” at 8 p.m. earned a 1.6/6 and 5.4 million viewers. A rerun followed.

Fox was third in ratings with a 0.8/3 and fourth in viewers with 2.9 million. “So You Think You Can Dance” was the only show on Fox’s primetime schedule.

Telemundo was fourth in ratings with a 0.7/3 and fifth in viewers with 1.8 million.

CBS was fifth in ratings with a 0.6/2, but third in viewers with 3.6 million, airing all repeats.

Univision was sixth in ratings with a 0.5/2 and in viewers with 1.5 million.

“Bachelor in Paradise” airs Mondays and Tuesdays at 8/7c on ABC.