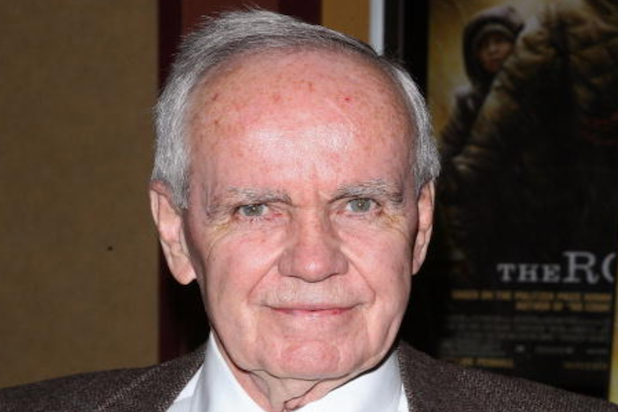 USA Today fell for an internet prank, falsely reporting that famed author and playwright Cormac McCarthy suffered a deadly stroke at the age of 82.

The newspaper tweeted the false story as well as an update that it was “looking in this report” to verify its authenticity. New York magazine captured the mistake before USA Today deleted the tweet. 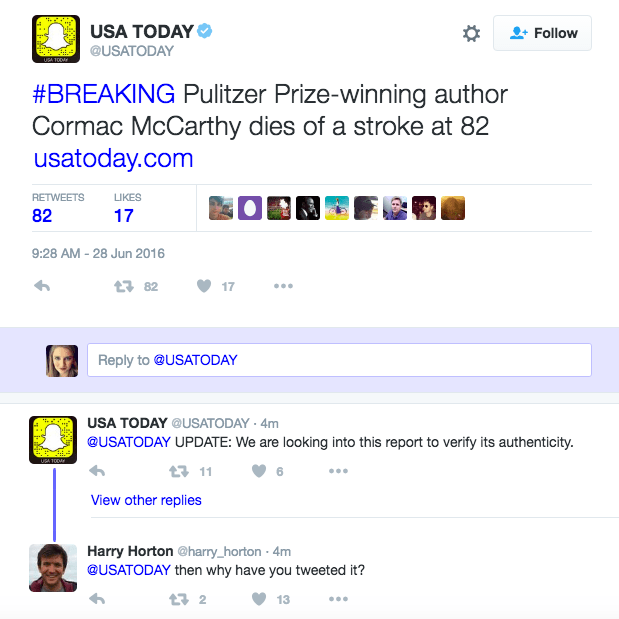 This was news to McCarthy’s publisher Penguin Random House, which tweeted, “Cormac McCarthy is alive and well and still doesn’t care about Twitter.”

Cormac McCarthy is alive and well and still doesn't care about Twitter.

USA Today eventually sent another tweet, noting that “Cormac McCarthy is not dead” and a “rogue” Twitter account posted that information. The “rogue” tweet was sent by a fake account for Knopf publishing, according to New York magazine. Italian journalist Tommasso Debendetti is believed to be behind the prank.

McCarthy won a Pulitzer Prize for literature in 2007 for his book “The Road.” He also penned “No Country for Old Men,” which was adapted into the hit Coen brothers film.

Can’t decide if it’s the Snapchat avatar or the false report that makes me question @USATODAY’s integrity. https://t.co/HfkFbDdhiM

@USATODAY and you posted it w/o first verifying it. Congrats

.@USATODAY @usatodaylife Reporting a beloved public figure's death without confirming it is irresponsible journalism of the highest order.

@USATODAY Way to go. Maybe check with the publicist BEFORE saying someone is dead? You know, confirm FIRST? Just a thought. #journalism