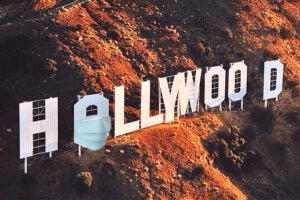 Most Hollywood Companies Not Insured Against Pandemics, Will Have to ‘Absorb the Losses’

By week’s end, Hollywood had nearly shut down completely

By the time this week had reached its end — it sure felt like longer than a week — the vast majority of Hollywood events, productions and tapings were no more … thanks to the coronavirus pandemic. The long term effects of these moves cannot possibly be determined yet, but make no mistake: a lot of money is on the line.

Also Read: US Box Office Falls to Lowest Level in 2 Decades as 100-Plus Movie Theaters Close

“A buyer I talked to this week about what it’s like without these big, in-person events said that is where they are going to miss the biggest impact,” Baysinger explained. “He said the impact that is going to be lost is seeing everyone react to a new show at the same time, in a room together. Seeing how the audience reacts.”

“There’s chatter that someone like SXSW themselves could step up and try and have a platform,” Welk said. “So maybe that’s why an independent company hasn’t emerged yet to service these.”

Stay tuned for more information about the launch of “The Wrap-Up.”