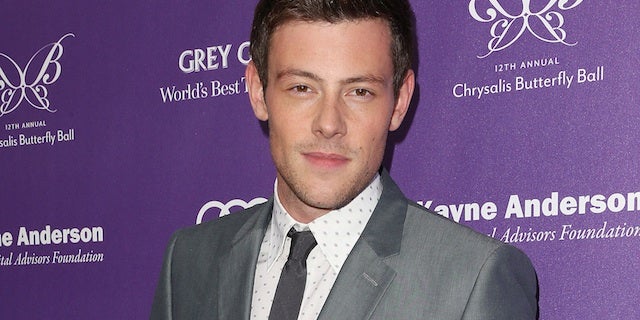 Along with Cory Monteith's friends and co-stars, his fans are finding ways to express their grief over the 31-year-old's sudden death in Vancouver on Saturday. At Downtown Vancouver's Fairmont Pacific Rim Hotel, where the actor's body was found, fans have been leaving flowers, notes and other items on the sidewalk in front of the hotel, according to Zap2it.

Monteith's cousin, Richard Monteith, was photographed in tears after laying flowers down at the impromptu memorial in front of the hotel.

In London, a "Glee" convention found itself the ideal location for fans to express their grief. The final day of the three-day event at Heathrow's Thistle Hotel kicked off just hours after the news broke of Monteith's death late on Saturday in the U.S.

In response to the sad news, the conference's 250 attendants canceled the day's activities to instead meet as a group and share their memories of the actor, reported ABC News.

"The whole day was simultaneously the best and worst experience of my life," said Chloe Harvey, an 18-year-old fan at the convention. "The news was devastating. No one had any idea what to say or do. It just shows how much of a truly amazing guy Cory was that everyone was so shocked and emotional about the news. Everyone was crying and sharing their stories."

Fans have also started to make donations to an organization that Monteith held near and dear to his heart. Project Limelight was co-founded by Maureen Web, one of his early acting mentors, and provides free performing arts programs to Children in Vancouver's Downtown Eastside near where Monteith grew up.