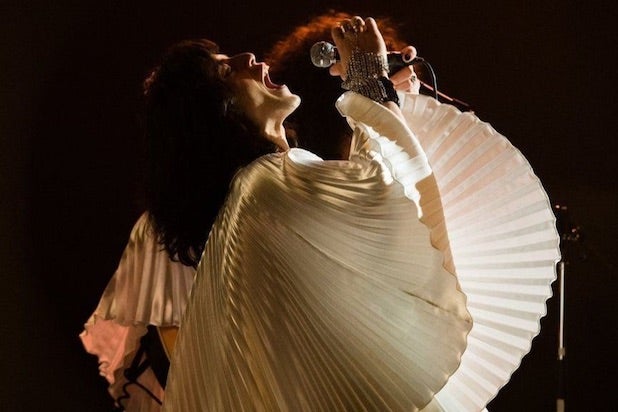 In the CDGA’s Excellence in Period Film category, the nominees are “BlacKkKlansman,” “Bohemian Rhapsody,” “The Favourite,” “Mary Poppins Returns” and “Mary Queen of Scots.”

In Excellence in Sci-Fi/Fantasy Film, the guild nominated “Aquaman,” “The Avengers: Infinity War,” “Black Panther,” “The Nutcracker and the Four Realms” and “A Wrinkle in Time.”

And in Excellence in Contemporary Film, the nominees are “Crazy Rich Asians,” “Mamma Mia! Here We Go Again,” “Ocean’s 8,” “A Star Is Born” and “Widows.”

Sandy Powell received two nominations, one for “The Favourite” and one for “Mary Poppins Returns,” both in the period-film category.

In recent years, the Costume Designers Guild has typically nominated three or four of the films that have gone on to receive Oscar nominations for Best Costume Design. Those nominees almost always come from the period and fantasy categories.

Last year, three of the five Oscar nominees were first nominated by the CDG, two from the period category and one from the fantasy category.

The winners will be announced on Feb. 19 at the Beverly Hilton Hotel.