One of the last Hollywood guilds to chime in, the Costume Designers Guild has announced 13 film nominations in three categories.  The guild saluted the largely computer-generated costumes of "Avatar," the down-home duds of "Crazy Heart" and the flashy threads of "Bruno," but left out well-regarded contenders like "Bright Star," "Inglourious Basterds" and fashion designer-turned-director Tom Ford’s meticulous "A Single Man."

In the Fantasy category, "Avatar" shared the slate with "Star Trek" and "The Imaginarium of Dr. Parnassus."  Period nominees included "Coco Before Chanel," "Nine" and "The Young Victoria," while the Contemporary category included "Bruno," "Crazy Heart" and "Up in the Air." 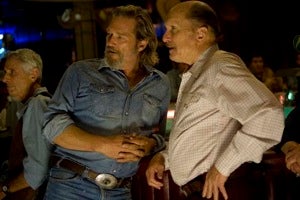