Don’t call it a comeback — but after years of freefall, NBC’s primetime lineup seems to have found at least a temporary measure of stability.

One month after its latest scheduling reboot, the Peacock finds itself looking a lot like a contestant during the early weeks of "The Biggest Loser." 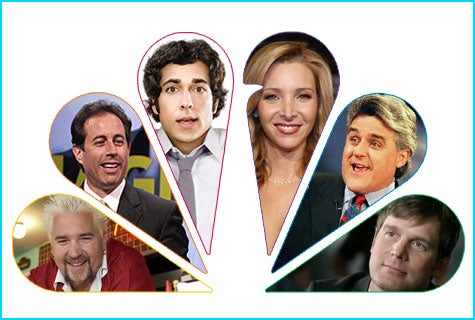 Sure, it’s still in bad shape, and it’s got a host of well-documented problems it should have dealt with long ago.

But instead of drifting aimlessly from one fad programming diet to another — Supersized shows! Managing for Margin! Leno at 10! — NBC, like the sweaty souls on its hit weight-loss reality show, seems to have found a game plan.

It’s finally buckled down and started doing the hard work needed to regain its once-sexy figure.

The Twitterverse might not be fond of "The Marriage Ref," but the Jerry Seinfeld-produced show is fitting in well on Thursdays. New Tuesday drama "Parenthood" has great buzz and OK numbers.

"We’re not in a position of panic from having made a lot of bad midseason moves," he added. "We’re very stable and moving in the right direction. … And most importantly, we’re taking an approach of one step at a time."

Not everyone’s convinced, of course.

"I’m not sure I see any light at the end of the tunnel just yet," one rival network executive said. "They still don’t have any building blocks."

True. But thanks to the actions of the last few weeks, NBC may at least have some sandbags to keep the damage under control while the hunt continues for those much-needed hits. 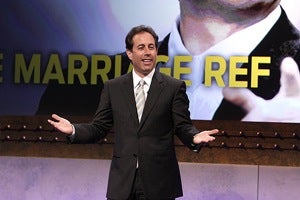 Or at least until the new guys at Comcast take over next year.

In the meantime, here’s a look at how NBC’s post-Olympics moves have played out:

GETTING BACK IN BED WITH JERRY

"The Marriage Ref" is not the game-changer NBC execs had, in their heart of hearts, prayed it would be. Executives at the network really like this show, and even if they’ll never admit it, they must’ve quietly been hoping for an "Undercover Boss"-like instant hit.

But despite mixed media buzz, "Ref" is actually doing nicely for NBC Thursdays at 10. Its March 18 episode retained a best-yet 93 percent of its adults 18-49 "30 Rock" lead-in and grew nearly 10 percent from the week before, winning among female viewers.

That’s certainly better than last year’s "Southland," which started strongly and quickly bled out. By contrast, "Marriage Ref" seems to be steady, settling in at a mid-to-high 2 demo rating that almost certainly assures NBC will order a second season. 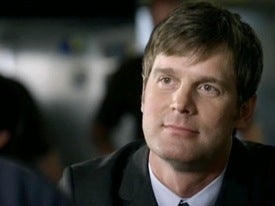 "It’s more than holding its own," Metcalf said. "When you’ve got (lead-in) retention well into the 90s, an upscale profile and a young profile — that’s what you ask of any show to do. And it makes for a very compatible night (with the 8-10 comedies)."

Before it premiered, one NBC insider expressed confidence the show would open well with audiences thanks to strong marketing — but worried if such a soft drama could hold on to viewers.

This week’s episode added more than 1 million viewers from the previous week and saw a demo gain of 17 percent.

Yes, competition was weaker than normal ("The Good Wife" is in repeat mode), but a gain is a gain. And the show’s retention of its "Bigger Loser" lead-in has been terrific.

"I don’t see why NBC didn’t just renew the show Wednesday morning after those ratings," one industry veteran told TheWrap, describing the show’s performance as more than enough to merit renewal for the hit-hungry Peacock.

"They need shows that people can applaud at Radio City (site of NBC’s upfront presentation). This is one."

Metcalf didn’t offer any renewal hints, but he seemed upbeat.

"This is a show that, on top of everything else, is just very well done," he said. "It’s got great writing, a great cast, great storytelling. We’re still in sampling mode, but I feel very encouraged. It’s a show that will benefit from good word of mouth." 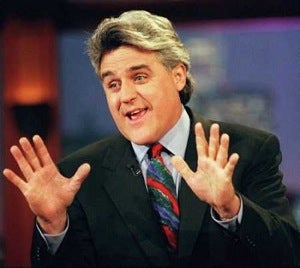 Homerun. Not every 10 p.m. replacement is working, of course — Monday nights remain very week — but rather than being an also-ran five nights a week, NBC is now back in the game in the key time slot.

"Law & Order: SVU," for example, has won or tied for first in adults under 50 every week since the Olympics. This Wednesday’s show gave NBC its best numbers at 10 p.m. Wednesday in nearly two years.

Even more important is the impact the move has had on NBC’s relations with the creative community. Producers now know they’ve got a much better shot at success at the network now that it’s fully back in the primetime game.

"It gives them so many more chances at success," a competitor said.

And one studio suit said that if he were a showrunner, there’s no place he’d rather be right now than NBC. "There’s just so much opportunity there now to get a hit," he said.

THE NEW REALITY: "MINUTE" & "WHO DO YOU THINK YOU ARE" 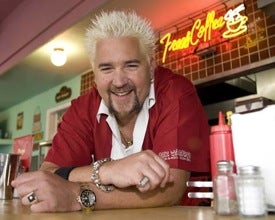 It’s still early to say much about Sunday’s "Minute to Win It," the supersized gameshow the network’s been airing from 7-9 p.m.

This week’s episode took a sharp drop from the week before, but still did OK. And the show tends to add viewers as it goes on.

Don’t be surprised if NBC tests "Minute" on another night, but for now, "I think it’s going to be a good story for us going forward," Metcalf said.

Friday’s low-key "Who Do You Think You Are," the celeb genealogy show from producer Lisa Kudrow, is actually already a good story for NBC.

The network’s been flatlining on this night for some time now, but "Who" has boosted NBC’s 8 p.m. average by 50 percent after just two weeks. Week two of the series was up double digits from the premiere, and the show has a very upscale audience profile.