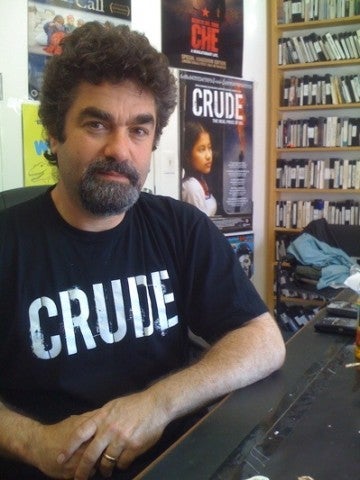 The court granted Berlinger a stay on complying with the oil company’s subpoena until it hears arguments for the case next July.

Chevron claims it needs access to over 600 hours of film that Berlinger shot for his documentary as part of its defense in a $27 billion civil action against the company that is currently winding its way through the courts in Ecuador.

In May, a New York federal court judge ordered Berlinger to comply with Chevron’s subpoena.

The fight between the independent filmmaker and the oil company has set off a First Amendment battle that has attracted attention and support from the likes of Robert Redford, Michael Moore, Alex Gibney, the Writers Guild of America, East, and the Directors Guild of America. The high profile may have paid off for Berlinger on Tuesday, earning the director a legal victory after a string of judicial setbacks.

“Today’s decision signals that the appeals court takes seriously the rights of investigative journalists like Joe Berlinger,” said Maura Wogan of Frankfurt Kurnit, the lawyers for Mr. Berlinger and his production company.

Despite the ruling, Chevron said it was pleased that the appeals court had accelerated the schedule for hearing arguments.

"We’re pleased that the court recognizes the urgency of the matter," Kent Robertson, a spokesperson for Chevron, told TheWrap. "We’d asked for an expedited schedule and the court has set one. We’ve seen instances of misconduct on the part of the plaintiffs’ lawyers and we remain confident that there are additional instances of fraud that remain concealed."

Berlinger’s film chronicled the ongoing legal battle between Chevron and 30,000 indigenous people over alleged environmental damages from an Amazon based oil field operated by Texaco, which Chevron acquired in 2001. Chevron claims that the footage in question shows the plaintiffs’ lawyers engaging in misconduct.