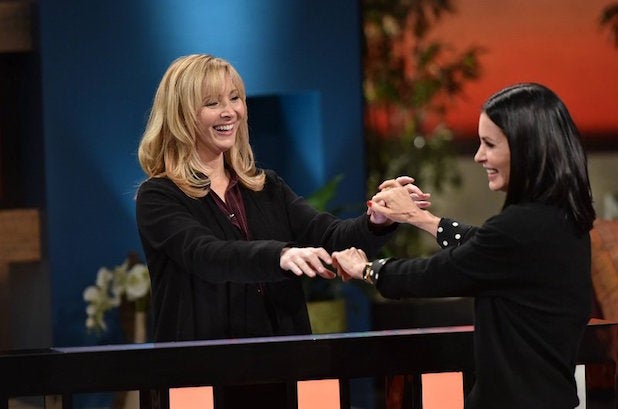 BFFs Monica and Pheebs, together again… sort of.

But the real fun began when the ladies played a bonus round that tested their memories of the series that shot them both to stardom: “Friends.”

Cox, whose company Coquette Productions developed and co-produces the show, stepped forward to quiz her long-time friend. And it was a piece o’ cake for Kudrow, who didn’t hesitate once when responding to Cox’s clues.

Smelly Cat, Gunther, Ugly Naked Guy — or as Kudrow called him “Naked Ugly Guy” — and Cox’s hilarious Ross impression are all worth a look.