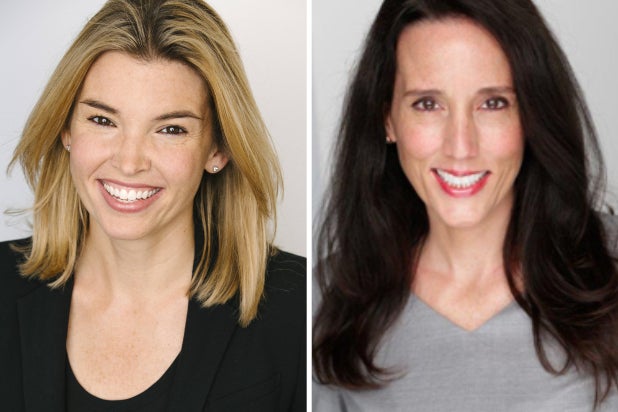 Courtney Braun has been promoted to General Counsel of Endeavor’s client representation group and Michelle Walter to CFO of WME, Lloyd Braun, President of Endeavor Client Group and WME Chairman announced on Tuesday.

“Courtney and Michelle have been indispensable members of WME for years, serving as trusted advisors to our clients and colleagues on a range of business matters,” Lloyd Braun says in a statement to TheWrap. “Courtney’s combination of strategic thinking and sound judgment uniquely suit her to the legal complexities of the representation business. Michelle’s operational mindset and forward-thinking approach have been critical to our growth efforts, and both will continue to serve important roles in shaping the future of our agency.”

Courtney Braun most recently served as Head of Legal Affairs for Endeavor Client Group. During her time with the company, Braun helped form Endeavor’s Government Relations practice responsible for the company’s lobbying, political action, and political giving. She also advised on the creation of Endeavor Action, a Political Action Committee dedicated to arts education and voter registration issues.

Braun has been with the agency for over a decade, joining WME shortly after the William Morris Agency and Endeavor merger. She previously worked in both business affairs and legal affairs at Sony Pictures Entertainment and began her career as an associate in the New York office of Skadden Arps Slate Meagher & Flom.

Prior to joining the agency 11 years ago, she was a Vice President in Houlihan Lokey’s Financial Restructuring group in Los Angeles. She began her career working in private equity and leveraged lending at ABN AMRO Bank in Chicago, IL.

Both appointments are effective immediately.