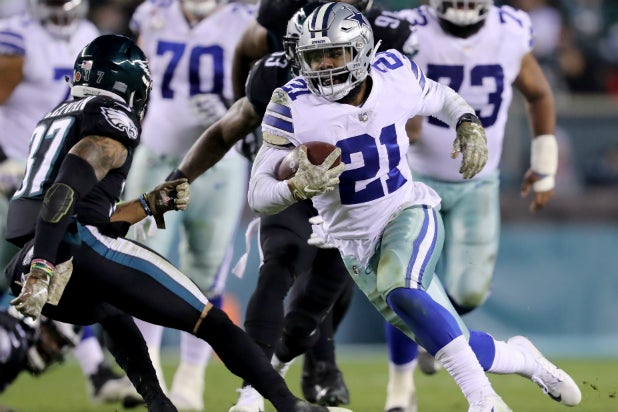 How about them Cowboys? NBC wishes it could schedule “America’s Team” for every “Sunday Night Football” game.

With an overrun from its afternoon NFL game, CBS finished second this week. ABC fell to fourth with a low-rated country-music special at 10 p.m.

Due to the nature of live sports, the below Nielsen numbers for NBC and CBS are subject to significant adjustment.

NBC was first in ratings with a 4.8 rating/19 share in the advertiser-coveted 18-49 demographic and in total viewers with an average of 15 million, according to preliminary numbers. That was all the NFC East showdown and its pregame show.

The CW and Telemundo tied for sixth in ratings, both with a 0.3/1. The CW was sixth in total viewers with 1 million, Telemundo was seventh with 745,000.