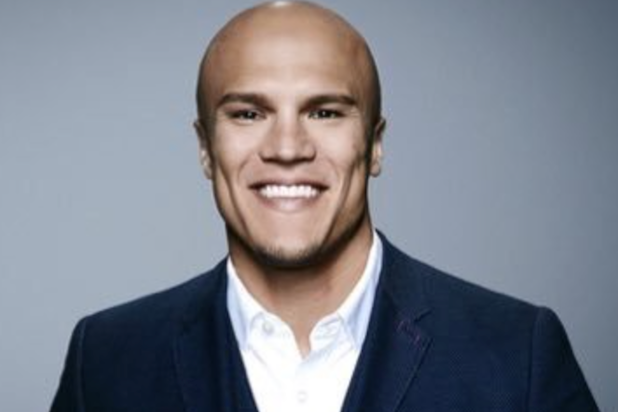 HLN sports commentator Coy Wire says an Atlanta victory over the New England Patriots on Sunday would be the most important sporting event in the Southern city’s history — and would also serve as revenge for President Donald Trump’s recent trash talk about the metropolitan area.

“I can’t imagine that there would be a bigger sports moment than winning their first ever Super Bowl title,” Wire told TheWrap. He should know: Wire used to play for the Atlanta Falcons and still resides in the city.

Of course, there are other reasons he’s pulling for his hometown team.

“To have a moment like this on a worldwide stage would be much more than just a victory on a football field,” he said, citing what President Trump said last month about Atlanta being “in horrible shape and falling apart” and “crime infested.” (Trump said in reaction to being criticized by Georgia Rep. John Lewis — who boycotted his inauguration.)

The Super Bowl could turn political for a lot of fans across the country, as Trump is known to be close with several prominent Patriots, including team owner Bob Kraft and star quarterback Tom Brady.

Wire also envisions the gains a Falcons victory would bring as a public relations win.

“It would be a notch on the belt of a city that is making great strides at becoming one of the premier cities in our country,” Wire continued. “I think the people would take a lot of pride.”

Despite how meaningful a Super Bowl victory would be for the city of Atlanta, Wire doesn’t expect the residents to partake in celebrating-turned-rioting that some cities have endured after major victories.

“I’m not nervous one bit. I will want to be front and center for that parade when the Falcons win. Southern hospitality will just jump out into the streets and we’re going to see a lot of people with big old smile and hugs,” Wire said.

Wire contributes to HLN’s “Morning Express with Robin Meade” and “Weekend Express with Lynn Smith” in addition to a variety of CNN programs. On Saturday at 2:30 p.m. ET he will join John Berman, Hines Ward and Mike Freeman for a special “Kickoff in Houston: A CNN-Bleacher Report Special,” showcasing the unique access has been given to the Super Bowl events in Houston.