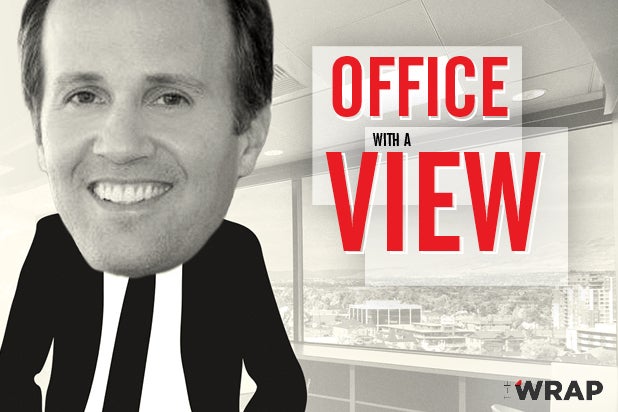 “The Art of More,” which premieres Thursday, isn’t Crackle’s first original series. But it represents a major step forward for the Sony-owned streaming service.

Crackle is best known for the Jerry Seinfeld interview show “Comedians in Cars Getting Coffee,” but “The Art of More” — which stars Dennis Quaid and Kate Bosworth and takes place in the world of high-end fine-art auctions — represents a major move into the premium-drama space that has been ruled by HBO, FX, Netflix and the like. Until now, the digital network has dabbled in scripted programming with a handful of lower budget, less ambitious offerings.

“This is our first step up,” Eric Berger, executive vice president of digital networks for Sony Pictures Television and general manager of Crackle, told TheWrap. “We felt that the time was right to put together a big premium show for our audience, marry that to a lot of the premium shows that people are already viewing on Crackle, and take it to that next level.”

Berger spoke with TheWrap about his company’s future plans for scripted programming, its recent venture into original filmmaking with “Joe Dirt 2,” and the anniversary of the 2014 computer hack that hobbled Sony.

What did you learn from doing those smaller-scale series and movies that helped inform “The Art of More”?
There’s a real appetite for binge viewing of shows that people find accessible. We found that with a show like [original series] “Chosen,” people are consuming all 18 episodes of that show. And some of the dramas that are on Crackle, whether it’s “The Shield” or “Rescue Me” or “Damages,” there’s very heavy binging there of addictive dramas that people can come in and consume in a way that is easy and hassle-free. So we tried to apply that to a new type of drama that we’re creating just for Crackle that is a world that people haven’t seen before.

What it is it about this show that fit the model you were looking to build?
We wanted a unique world that would fit a unique concept and unique characters — and there aren’t a lot of those left. A lot of them have been done. But when the idea came to us about this auction world, we were all incredibly intrigued, because it has this perception of being very glossy and very elite. But what’s so intriguing about this story is the underbelly and the seedy side of how collectibles come to be.

How long can “Comedians in Cars Getting Coffee” go on?
Forever. First of all, there’s no slowing of fan engagement around the property. And Jerry continues to be having fun and be very engaged. He’s only scratched the surface in terms of the types of people that he can talk to. He’s started to catalog some comedy history here and capture some conversations and sides of people in the comedy business that you just don’t see through traditional interviews and talk shows.

Also Read: Jim Carrey Gives Jerry Seinfeld a Tour of His Art Studio on 'Comedians in Cars Getting Coffee' (Video)

Will there be a “Joe Dirt 3”?
Not to announce now.

But it’s being considered.
Yes. We’re talking about it.

Are there other Sony library movie that could be exploited in a similar way?
It’s a really interesting strategy for us. “Joe Dirt” has really proved that. And great IP can come from a lot of places, not just movies. We did a movie, “Dead Rising,” based on the popular video game franchise, and that really resonated with our audience as well.

Crackle is free and ad-supported. Do you foresee ever rolling out a paid subscription option with no commercials?
Right now we’re committed to advertising. We think that there’s a place for it within the bundle that people are starting to put together. There’s a glut of subscription services that are flooding into the marketplace, and we feel that there’s only so many services that people can subscribe to. But as you put together your personal bundle, there’s room to have premium content that you’re interested in, particularly when it’s free because its ad-supported.

It’s been one year since the Sony hack. How have things changed for you and the company at large?
Everyone’s cautious. There are a lot of security layers on everything digital that we do here. But as far as the business goes, everyone here is moving on.

The stars of the new Crackle drama, including Cary Elwes and Christian Cooke, sit for a photo session

Cast of "Art of More"