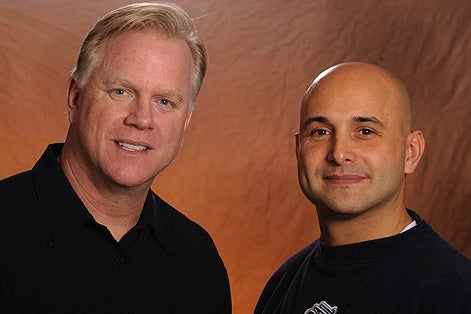 “Boomer & Carton” morning show host Craig Carton isn’t having a good day, and one rival’s getting a real kick out of it.

The popular WFAN radio personality and former New Jersey 101.5 “Jersey Guy” was arrested this morning by the FBI, accused of scamming investors out of several million dollars with a phony ticket scheme. That shocking news led to a different sports-y Craig, NBC Sports’ lead baseball writer Craig Calcaterra, tweeting out the following:

The last time I was on his show, years ago, he actually called me a "fraud." So pardon me if I die laughing. https://t.co/niZURKlltF

I'm 100% here for the "innocent until proven guilty/think of his family" noise from dudes who've eaten up Carton's trash for years.

While we don’t have the audio or a transcript of Carton calling Calcaterra a “fraud” years back, the word feels like it’s pretty seared into the national pastime scribe’s memory. It’s also not unlike the outspoken Carton to take such a strong and stern stance with a guest he doesn’t personally jive with.

Calcaterra heard some heat back from Carton fans on the social media platform, which led to this post:

The Craig Carton stans wading into my mentions today to tell me to be sensitive to Carton's plight give me life.

Carton has been charged with securities fraud and wire fraud. He and Wright are scheduled to appear later today in Manhattan federal court.

The duo allegedly told investors that they had access to discounted blocks of tickets to sporting and music events, which they could turn around and sell for a profit. That access never actually existed and written agreements provided to investors were fraudulent, the FBI says. The millions raised were “misappropriated” and used in part to “pay personal debts and repay prior investors as part of a Ponzi-like scheme,” per the agency.

The married father of four, Carton (pictured above, right) has co-hosted New York City’s 660 AM sportstalk show with former NFL quarterback Boomer Esiason (above, left) since September 2007. Carton started his career in Buffalo in the early 1990s.

Carton is the founder of a charity for children with Tourette Syndrome called TicTocStop. Carton and two of his children have the condition.

WFAN-owner CBS Radio did not immediately respond to TheWrap’s request for comment on Carton’s arrest, nor did WFAN itself.