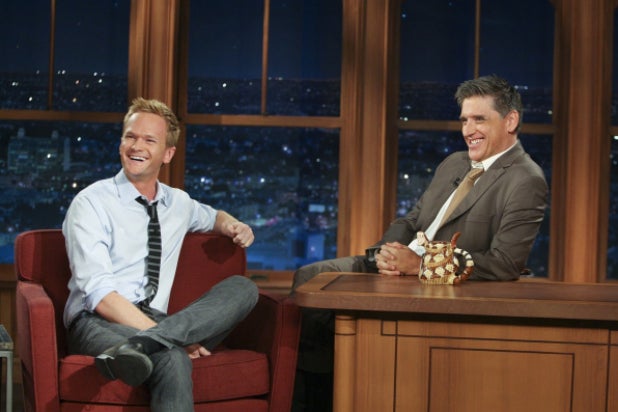 Craig Ferguson is stepping down as host of CBS’ “Late Late Show.” He will sign off in December, ahead of “Late Show” host David Letterman, who announced his own retirement earlier this month.

Ferguson broke the news this afternoon to his studio audience during the taping of the show.

Said Ferguson, “CBS and I are not getting divorced, we are ‘consciously uncoupling,’ but we will still spend holidays together and share custody of the fake horse and robot skeleton, both of whom we love very much.”

“During his 10 years as host, Craig has elevated CBS to new creative and competitive heights at 12:30,” said Nina Tassler, chairman, CBS Entertainment. “He infused the broadcast with tremendous energy, unique comedy, insightful interviews and some of the most heartfelt monologues seen on television.”

Added Tassler: “Craig’s versatile talents as a writer, producer, actor and comedian speak to his great days ahead. While we’ll miss Craig and can’t thank him enough for his contributions to both the show and the Network, we respect his decision to move on, and we look forward to celebrating his final broadcasts during the next eight months.”

Ferguson has several projects in the works, including hosting “Celebrity Name Game,” a syndicated game show beginning fall 2014, as well as developing television projects via his Green Mountain West production company, such as “I F-ing Love Science” for the Science Channel.

His show was produced by Letterman’s Worldwide Pants. “The Late Late Show” earned a Peabody Award in 2009, and an Emmy Award nomination for the host in 2006. Peter Lassally is executive producer; Michael Naidus is producer.

While Ferguson appeared at one point be a candidate to replace Letterman at 11:35 p.m., CBS named Stephen Colbert as his replacement.

No word yet on a more specific sign-off date for Ferguson, or a replacement.