Ben Silverman has been constantly scrutinized ever since he was at the William Morris Agency. A look back at some moments that will define his career, both personally and professionally.

1993 — After a short stint in the international programming department at CBS, Silverman goes to work for Brandon Tartikoff at New World Entertainment, heading comedy and live-action development for the company’s recently acquired Marvel Entertainment property.

1995 — Silverman joins William Morris, where he becomes the agency’s youngest division head, leading the international packaging unit and heading up the London office. He develops a reputation for spotting foreign formats and closing deals. He also becomes known as an enthusiastic partier. 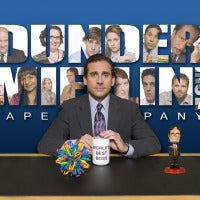 2002 — Silverman becomes an independent producer, with Barry Diller’s USA Entertainment setting him up as the founder of Reveille. The company has a hit almost right out of the gate with “The Restaurant,” which was co-created by Mark Burnett. Notably, the show is financed almost entirely by integrated sponsorship from companies including American Express, Coors and Mitsubishi. Other successful launches follow, including foreign-format adaptations such as NBC’s “The Office” and ABC’s “Ugly Betty.”

May, 2007 — Silverman is chosen as co-chair of NBC Entertainment, along with Marc Graboff, replacing the recently re-upped Kevin Reilly at the struggling network. For Silverman, the honeymoon ends quickly.

July, 2007 — Addressing a summer Television Critics Association session, ABC president Stephen McPherson suggests that Silverman should “be a man” and publicly explain his alleged role in having Reilly, McPherson’s Cornell fraternity brother, fired. He also calls Silverman “either clueless or stupid” for trying to bring actor Isaiah Washington over to NBC, even though the actor is still under contract with ABC to do “Grey’s Anatomy.” 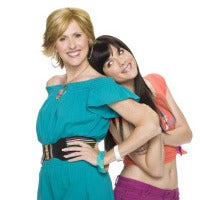 February, 2008 — Still holding a significant stake in Reveille while pushing to get even more Reveille shows on the NBC schedule (Australian format adaptation “Kath & Kim,” among them), Silverman helps negotiate a $125 million deal with Elisabeth Murdoch, president of the U.K.’s Shine Entertainment, to sell the company.

March, 2008 — Silverman crafts an innovative deal with DirecTV, in which the satellite operator will share production costs on “Friday Night Lights” in exchange for shared exclusive windows. The deal keeps the critically lauded but ratings-challenged series on the air.

May, 2008 — As he was settling into lunch at the Universal executive dining hall with studio chief Ron Meyer, Silverman was verbally acosted by agent Ari Emanuel, who was seething after the TV executive had blown off meetings with clients David Maisel, president of Marvel Studios, and Peter Berg, executive producer of NBC’s “Friday Night Lights.” Emanuel’s shakedown included references to Silverman’s lifestyle and the alleged affect it has on his job performance. Indeed, at this point, Silverman’s reputation for big parties is beginning to get the best of him. Earlier in the month, Silverman had hired bikini models to greet visitors at an upfront party. And several months prior, at an Emmy-related affair, he had a caged white tiger brought in.

December, 2008 — With fall-season launches “Knight Rider,” “Lipstick Jungle” and “My Own Worst Enemy” all failing, it’s not Silverman who takes the fall but Katherine Pope, president of Universal Media Studios. Silverman is accused of quietly undermining Pope. Also caught in the carnage are Teri Weinberg, exec VP of NBC Entertainment and reality head Craig Plestis.

July, 2009 — With NBC still mired in the same position it was when Silverman joined the network two years earlier, last place, the executive leaves to once again partner with Diller on a new venture.