Since Proposition 8 was passed in November, celebrities and other members of the Hollywood community have been spotting wearing a White Knot ribbon to symbolize their support for marriage equality. Frank Voci, president and chair of White Knot, spoke with TheWrap on Tuesday, after the California Supreme Court upheld the ban on same-sex marriage about ways his organization and the industry can continue to fight for equality. 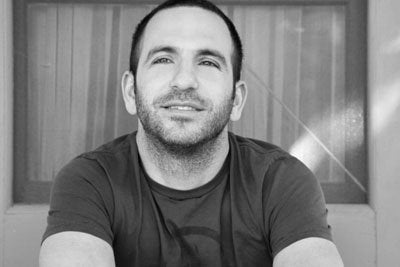 What kind of reaction have you seen to today’s ruling?
In general, people feel disappointed, but they don’t think it’s unexpected. It’s bittersweet, because they are upholding the 18,000 marriages — I have friends who are married and are extremely happy that their marriages will remain valid. Ultimately, I think people realize there’s a lot of work to be done and the general tenor is that people are ready to do it.

What kind of work can people do to support the effort going forward?
The work of reaching out, being visible, being vocal with your support. You’ll hear people say that this is a grass-roots movement that is going to be won on the ground. You go to people who may not have supported you in November. You engage them in conversation and tell them why equality is important. If you’re gay or lesbian, you tell them who you are so they’ve actually met a real person and can have a conversation with you about your life.

Why did you decide to start White Knot?
White Knot was basically in response to the passage of Prop 8 in November. I live right in the center of West Hollywood and I was driving one night and no one was on the streets with signs. So I thought, in order to change hearts and minds, we had to be visible in our everyday lives.

So why a ribbon campaign?
I had seen the AIDS ribbon and the Lance Armstrong bracelets and realized the power of visibility. I started playing with the ribbon and tied one in a knot and it was like, oh my God! It was my eureka moment because it’s the perfect symbol for marriage. We started distributing them and I knew I was onto something, because I’d hand them out and say, "Wear the white knot because everyone has the right to tie the knot" and their faces lit up — they immediately got it.

How did you spread the word about what the knot stood for?
The awards season was just starting up, and we decided to make a concerted effort to get attendees and celebrities to wear the ribbons. We knew they’d be seen by thousands, if not millions … somebody will see Dustin Lance Black wearing it and say, "Did you see that guy wearing a White Knot? We should get one to show we support it, too." It’s a very viral network.

How did you approach the stars?
Through personal connections. We got Dave Grohl to wear one to the Grammys, and when the media picked up on it, we approached them from every angle — through typical publicist routes, through the studios … At the Academy Awards, we got them to all the people nominated for "Milk." There was a symmetry between the movie and story of Harvey Milk and what was going on at the time.

Do the ribbons cost money?
Anyone can send in a self-addressed, stamped envelope, and I’ll send them one for free. We also sell kits for $25 that people can buy and they can make about 300 of their own White Knots.

Is wearing a ribbon as important as signing a petition, or attending a rally?
Everything is important. People are creating videos to show that gay people are good people with good families. Visibility is at the crux of making this all happen.

What’s up next for White Knot?
We are going to have a presence at the Tony Awards in June. We’re really looking to be a national voice for equality to help people tell their stories.