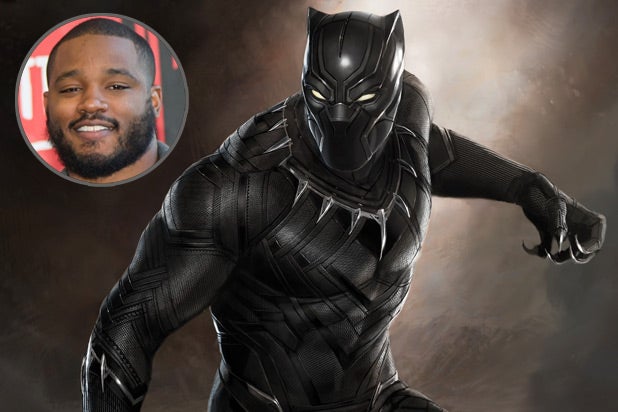 “Creed” director Ryan Coogler is in negotiations to direct “Black Panther” for Marvel and Disney, an individual with knowledge of the situation has told TheWrap.

Chadwick Boseman is set to star as T’Challa, the titular superhero from the fictional African nation of Wakanda, where parts of “Black Panther” will take place. The character will first be introduced in “Captain America: Civil War.”

Kevin Feige is producing “Black Panther,” which is expected to find Andy Serkis reprising his role as Ulysses Klaw from “Avengers: Age of Ultron,” though his involvement remains unconfirmed.

Should a deal close, Coogler would be another inspired hire by Marvel and Disney, which have been emphasizing diversity both in front of and behind the camera, most recently hiring Stephany Folsom to write “Thor: Ragnarok.”

As first reported by TheWrap, Joe Robert Cole will write “Black Panther,” and while it’s unclear whether Coogler will have an official screenplay credit, he’ll likely work with Cole and Marvel executives to hone one cohesive vision for the film, which is an important entry in the Marvel Comic Universe.

Coogler had been rumored for the coveted “Black Panther” gig for weeks but talks were believed to have cooled. However, with “Creed” scoring a knockout with critics and audiences alike, Marvel re-approached the director and both sides are now eager to close a deal.

Coogler burst onto the scene with the devastating drama “Fruitvale Station” and had his pick of projects following that film. He decided to step into the ring with the “Rocky” franchise, casting his “Fruitvale” star Michael B. Jordan as the son of Apollo Creed.

The film grossed nearly $30 million its opening weekend and has jump-started Oscar buzz for Sylvester Stallone, who was wise to place his faith (and his most revered character) in Coogler’s hands.

Coogler is represented by WME and Cohen & Gardner. His hiring was first reported by Birth. Movies. Death, while Heroic Hollywood reported Marvel’s initial interest in the director.