Brandon Routh has finally stepped back in Superman’s tights, with The CW releasing the first image of one of its three Men of Steel from its upcoming “Crisis on Infinite Earths” crossover event.

Routh previously portrayed the DC Comics hero in the 2006 film “Superman Returns.” However, as you can see below, the version Routh will play on the crossover is different. It’s based on the “Kingdom Come” version of Superman that starred in a four-issue series DC published under its Elsewords imprint. It’s set in the year 2020 and follows an older Man of Steel. 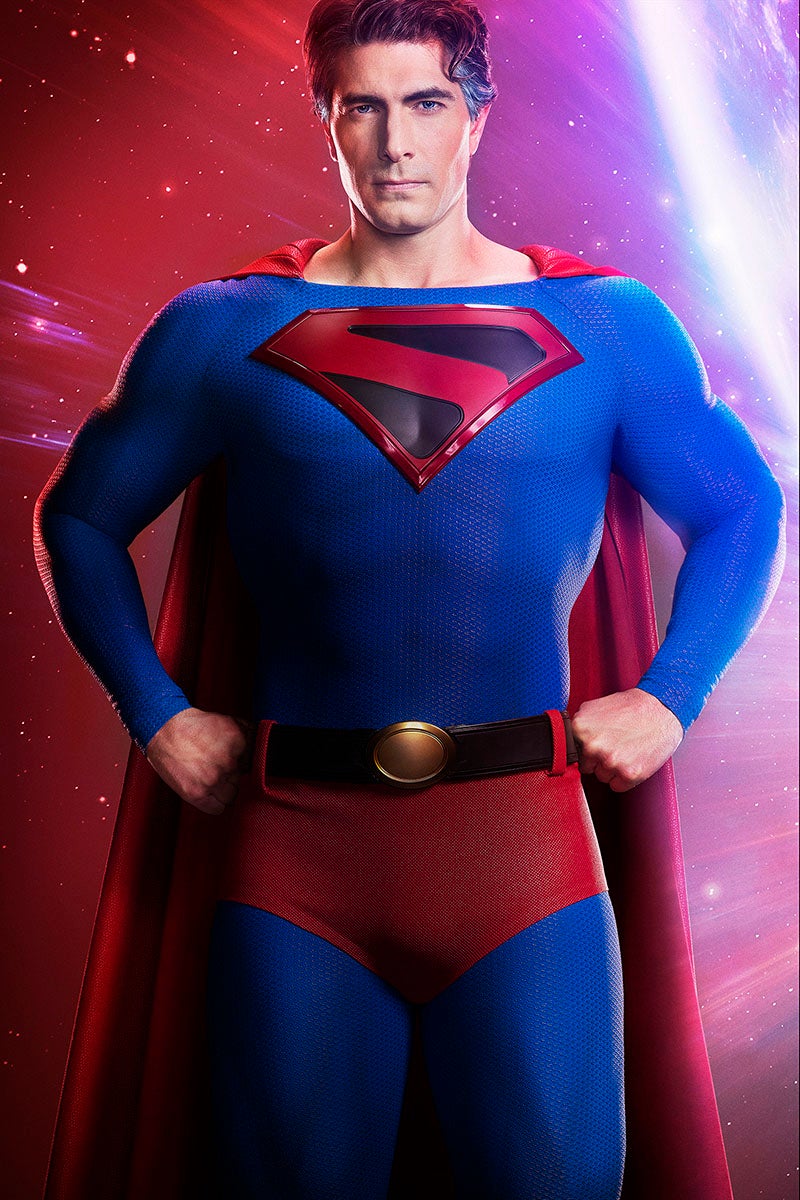 Routh will be joined by fellow Supermen Tyler Hoechlin, who plays the Superman that had shown up in the “Arrowverse” so far, as well as Tom Welling reprising his version of Clark Kent from “Smallville.”

Routh already plays a character in the CW universe, starring on “Legends of Tomorrow” as Ray Palmer aka The Atom, which he will play in the crossover as well.

“Crisis on Infinite Earths” has an ever-growing roster of past and present DC Comics superheroes. These include the entire “Arrowverse” casts from “Supergirl,” “Arrow,” “Legends of Tomorrow,” “The Flash,” newcomer “Batwoman,” and for the first time, “Black Lightning.” Erica Durance reprising her version of Lois Lane from “Smallville,” and “Batman” fan favorites Burt Ward and Kevin Conroy will appear as well. Ward is taking on an undisclosed role and Conroy will play an older Bruce Wayne from the future.

“… I’m always around.” #CrisisOnInfiniteEarths #Superman @thecw @warnerbrostv @dccomics An amazing team put this together! Thank you to @vaxcodsng for leading the charge & design, Rory (and team) at #HargateCostumes & Jose (and team) @ironhead_studio for building the suit, Mauricio @westerncostumecompany for the boots, @redheadtattoos for the hair, #AmandaMcGowan & @tiarae9 for makeup, @thealexrossart for the artistic inspiration, and lastly @marcguggenheim for being crazy enough to pull this all together. ???????? ????: #JusinNutall

On Thursday, Ashley Scott joined the ever-expanding crossover event as Helena Kyle, aka The Huntress, bringing back the role she played in the short-lived WB series, “Birds of Prey.”

The “Crisis on Infinite Earths” crossover, one of DC Comics most famous storylines, will be The CW’s biggest. It will span five hours across all five “Arrowverse” shows, including newcomer “Batwoman,” and carry over the midseason break. The crossover begins Dec. 8 with “Supergirl.” That will be followed by “Batwoman” and “The Flash” on Dec. 9 and 10, respectively. “Crisis on Infinite Earths” will wrap up on Jan. 14 with “Arrow” and “DC’s Legends of Tomorrow” going back-to-back.

Also Read: 'Arrow' Producers Say Final Season Will Be One Long Set Up to CW's 'Crisis on Infinite Earths' Crossover