The CW has been teasing out its upcoming massive, five-part crossover, “Crisis on Infinite Earths,” and on Tuesday, the network showed off the first look at Kevin Conroy’s Dark Knight. Conroy, who is well known for providing the voice for the Caped Crusader in “Batman: The Animated Series” and “Batman Beyond,” will appear as Bruce Wayne from the future during the “Batwoman” episode on Dec. 9.

As you can see in the photo below, he may no longer be wearing the batsuit, but it appears Wayne hasn’t given up his love high-tech outfits.

“Crisis on Infinite Earths” has an ever-growing roster of past and present DC Comics superheroes. These include the entire “Arrowverse” casts from “Supergirl,” “Arrow,” “Legends of Tomorrow,” “The Flash,” newcomer “Batwoman,” and for the first time, “Black Lightning.” Erica Durance reprising her version of Lois Lane from “Smallville,” and “Batman” fan favorite Burt Ward will appear as well in an undisclosed role.

The crossover begins Dec. 8 with “Supergirl.” That will be followed by “Batwoman” and “The Flash” on Dec. 9 and 10, respectively. “Crisis on Infinite Earths” will wrap up on Jan. 14 with “Arrow” and “DC’s Legends of Tomorrow” going back-to-back. 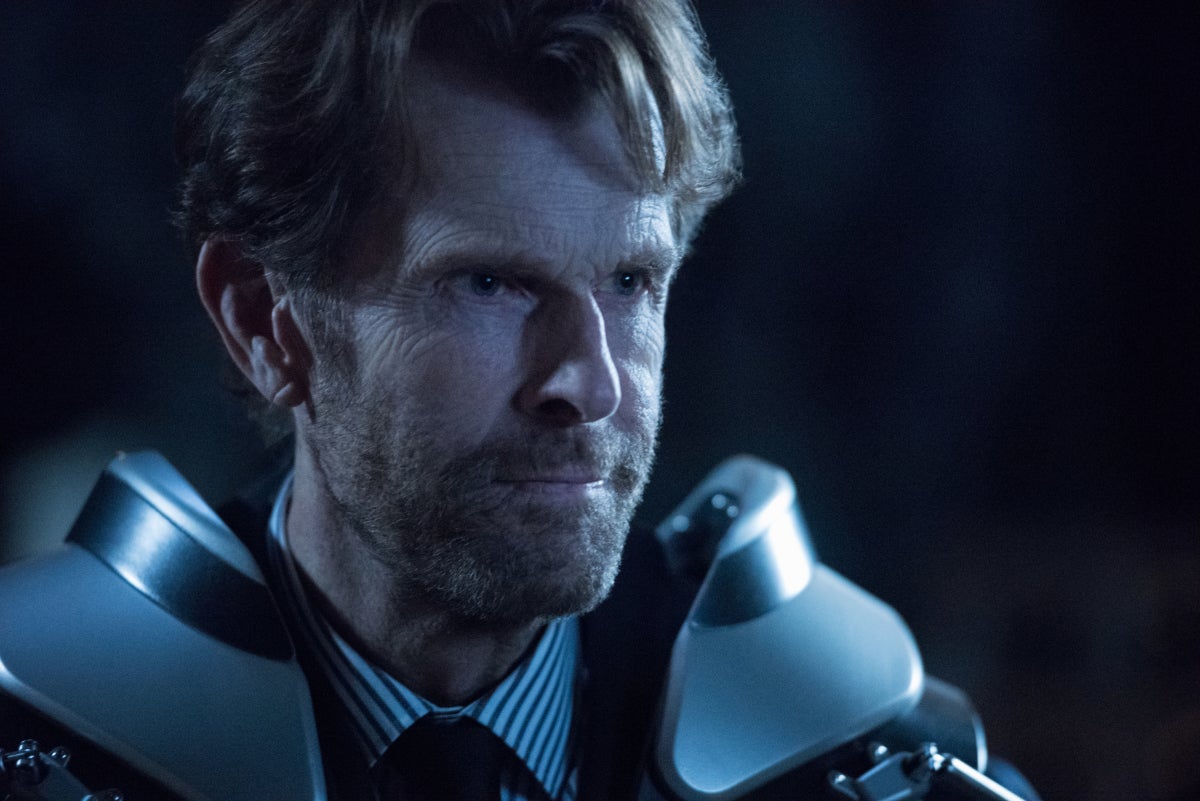