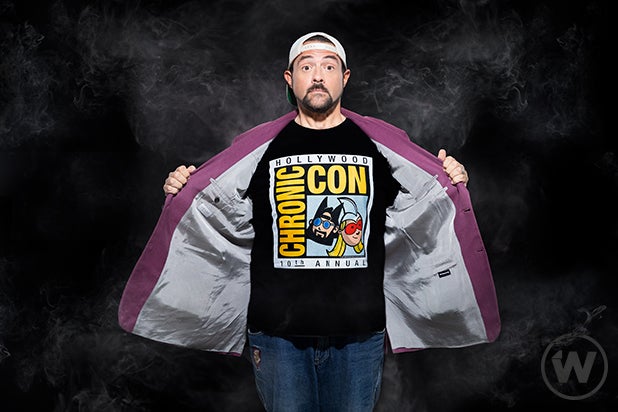 The “Clerks” director, who has previously directed episodes of the CW’s superhero shows, will host the first installment on Sunday, Dec. 8 at 9/8c, after the “Supergirl” episode of “Crisis,” and his second on Tuesday, Dec. 10 at 9/8c, after “The Flash” airs its hour of the crossover event.

According to the announcement, which was made via the “Arrow” Instagram account Saturday, “Aftermath” will “go in-depth to explore every angle of this year’s 5-episode crossover!” Though the crossover itself is five episodes, representatives for The CW told TheWrap on Saturday that Smith is just set to host these two aftershows in December.

The “Crisis on Infinite Earths” crossover, one of DC Comics most famous storylines, will be The CW’s biggest. It will span five hours across all five “Arrowverse” shows, including newcomer “Batwoman,” and carry over the midseason break. The crossover begins Dec. 8 with “Supergirl.” That will be followed by “Batwoman” and “The Flash” on Dec. 9 and 10, respectively. “Crisis on Infinite Earths” will wrap up on Jan. 14 with “Arrow” and “DC’s Legends of Tomorrow” going back-to-back starting at 8 p.m.

See the announcement below.

#CrisisOnInfiniteEarths is coming, and so is the aftershow! Crisis Aftermath, hosted by @thatkevinsmith, will go in-depth to explore every angle of this year’s 5-episode crossover!