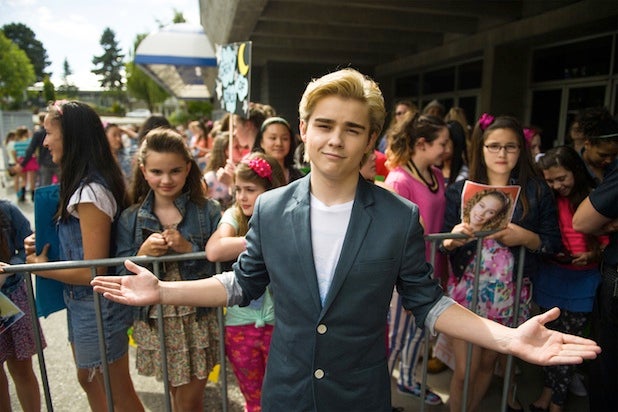 Lifetime’s “Unauthorized Saved by the Bell” story premiered on Monday, but not to any critical acclaim.

“Is ‘The Unauthorized Saved By the Bell Story’ the worst movie that has ever been made for television? Or is it secretly genius, and we were too tired from our Labor Day barbecues to notice?” Daily Beast writer Kevin Fallon wrote in his piece panning the 2-hour drama based on a 2009 memoir written by Screech actor Dustin Diamond. “Or maybe, just maybe, ‘The Unauthorized Saved By the Bell’ is just plain atrocious.”

“If Dustin Diamond’s autobiography is to be believed, Saved By the Bell was apparently rife with this sort of drama, the movie skips over most of it and becomes boring,” A.V. Club critic Pilot Viruet wrote. “Lifetime waters down everything significantly and turns a gleeful hate-watch into a yawn-inducing mess.”

Also read: ‘Saved by the Bell’ Movie Gets an F-Minus From Mr. Belding

Entertainment Weekly writer Marc Snetiker called the movie “horrendous,” and was bothered by it being slanted toward Diamond’s “very skewed point of view.”

“‘The Unauthorized Saved by the Bell Story’ reeked of offensive biopic cliches that were perhaps most offensive in their bias toward one very skewed point of view One actor’s trouble fitting in was blamed largely through cheap shots on the personality flaws of his cohorts,” Snetiker wrote. “It’s very evident that the one who emerged a winner only did so by hiding behind this horrendous and unmoving time-waster, which managed to make it very clear which cast member was the real loser here.”

See video: Watch the First 5 Minutes of Lifetime’s ‘Saved by the Bell’ Movie

TV Guide writer Robyn Ross was also disappointed in Lifetime for focusing on Diamond’s struggles to fit in with the rest of the “Saved By the Bell” cast.

“While we had hoped for more juicy and gossipy tidbits about one of television’s most iconic shows, instead viewers got a sad story of a kid who just wanted to fit in and a cheesy made-for-TV movie that seemed more parody than biopic,” Ross wrote. “And because Diamond has admitted the memoir was mostly made up, who knows how much was true tales vs. wishful thinking.”

Viewers who regretted spending two hours of their lives watching a group of “Saved by the Bell” re-enactors roam the halls of Bayside High took to Twitter to express their disappointment:

This movie was terrible. #unauthorized

Can we all agree that this movie was just Not Good? #unauthorized

I’m not sorry I livetweeted #Unauthorized, but I am sorry I watched it.

“@_LLRocha: Wondering if I should watch #Unauthorized later… Guessing it’s not worth my time. Do u agree @MarioLopezExtra ?” Yes