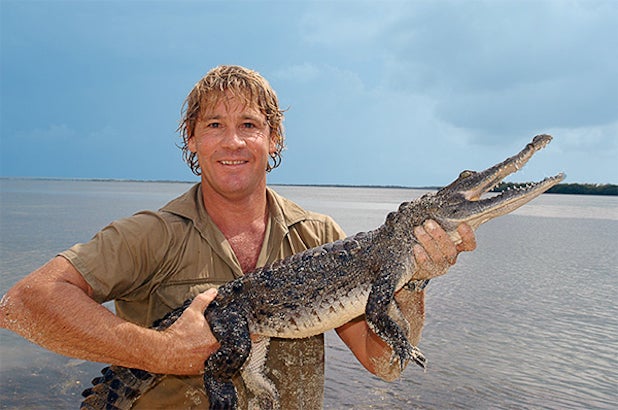 Seven and a half years after his tragic underwater death, Steve Irwin’s final words have been revealed.

Justin Lyons, Irwin’s underwater photographer and best friend, has opened up about watching the famed “Crocodile Hunter” be killed by a stingray’s barb through the chest. Lyons was filming Irwin for a special called “Ocean’s Deadliest,” and after eight days of filming crocodiles and other animals, the pair focused in on a ray — normally a very calm animal — which started to stab its tail rapidly and wildly.

“I panned with the camera as the stingray swam away and I didn’t know it had caused any damage,” Lyons told an Australian TV station. “It was only when I panned the camera back that I saw Steve standing in a huge pool of blood that I realized something had gone wrong.”

As it turned out, the jagged barb “went through his chest like a hot knife through butter,” Lyons revealed, adding that the reports reports that it had been pulled out while they were still underwater were false.

Lyons thought that they needed to get out of the water, for fear that the blood would attract sharks. Irwin, for his part, thought that the barb had punctured his lung, but it as far worse. There was a two inch injury above his heart, from which blood was pouring out.

Lyons attempted CPR for over an hour, but it was too late.