My grandmother once told me that when she heard on the BBC that America had dropped an atomic weapon on Hiroshima on August 6, 1945, she suddenly thought how, with man now possessing the true might of Gods, the world had fundamentally changed. She would say that there was a pre-Hiroshima world and a post-Hiroshima world and they had very little in common. 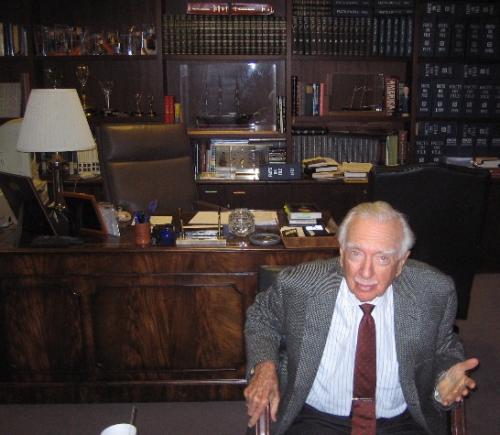 Today, as we celebrated and commemorate the 40th anniversary of Neil Armstrong and Buzz Aldrin stepping on to the Moon at 10:56 PM ET on July 20, 1969, I think the same is true of that “small step” and that “giant leap.” There was a world fundamentally held in check by Earthly bounds and one, with the world truly watching Armstrong and Aldrin’s every movement, quite suddenly that wasn’t.

If Hiroshima, not long followed by the bombing of Nagasaki, was human beings unleashing the wrath of God, the successful mission of Apollo 11 was the species reaching out to touch the face of God.

It was amazing, and, as we too often forget in an era when space has become incidental tales of clogged toilets — and space stories are just another sandpit for movies, comics, videogames and others to play in — real. They were up there, they looked back at us and they could — as President Nixon took preparations with a speech on the hypothetical tragedy — perish returning.

It was not an easy landing, and the real drama wasn’t on TV. With less than 30 seconds of fuel, Armstrong, with Aldrin calling out altitude info, had to take manual control of the Eagle because the onboard computer system, which had less real power than your cell phone, was overloaded with radar data and unforeseen lunar conditions. They were almost two dozen miles off course — the navigation system was bringing the men down in a far rougher and more potentially dangerous area than NASA had planned.

Later, Armstrong descended to the moon’s surface and took that “one small step” and the “giant leap.” No wonder there are still those who get a little "Capricorn One" wiggy and claim, based on light reflections and shadows, that the whole thing was staged in a studio in Burbank. The fact is the moon landing was a perfectly scripted and improvised TV moment.

And a relatively low-tech one at that.

Everything we saw from the celestial body came from a tiny camera off the side of the capsule. NASA’s final tab for the Apollo program was almost $160 billion in today’s dollars — and not a ton of that went to the tech that actually got the images that made it all actual to the world.

That camera then sent low-grade imagery surging from the moon to the antennas at the Goldstone Observatory in the Mojave Desert and the NASA station at Honeysuckle Creek outside Australia’s capitol of Canberra. It wasn’t exactly the best-looking TV. In fact, it looked like bad night vision.

Less than 10 minutes later, NASA transferred over the feed it was showing the world to the giant dishes of Parkes Observatory in the Australian province of New South Wales. The signal from Parkes was clearer and, despite NASA  recently admitting that the original tapes of that first moon landing were erased, it was those images that were seared in the world’s mind that day and in its memory ever since.

If Parkes brought us the pictures from beyond our reach, the enthusiasm of Walter Cronkite from the CBS’ anchor desk told us the story. There is no rhyme or reason to when death takes anyone but, for a man, who — from the early NASA launches to returning to the desk for John Glenn’s 1998 return to space on the Shuttle — spoke of and to the heavens, one can’t help but wish the newsman had a few more days to enjoy the anniversary of the biggest story of his Big Story-loaded career.

As one of the first icons of the television age, Cronkite not only built and wore the mantle of “the most trusted man in America” but defined the era in which he held that trust. And nobody did space like Walter Cronkite.

Yes, he was a competitive journalist covering the biggest story going, and determined to grab it and make it his tale to tell. That was his job. But Cronkite also took to it with a zest for breaking the Earthly bounds. No wonder he was in 2004 the only man not to travel in space to be awarded the Moon Rock Award.

It was good PR for NASA, who with all their successes and failures has always been very good at PR, but it was also an acknowledgement of the facts of the matter and the man. Cronkite grabbed space as a story early on and became an interstellar town crier, waving a bell and proclaiming, “This is it, this is it!”

I was born before man stepped on the moon, but just barely, and Cronkite’s decree has been part of the soundtrack of my life. Through the end of the Apollo program in 1972, SkyLab falling, the Shuttle going up, the Shuttle turning tragic and all the promises of more and Mars to come, Cronkite defined the terms.

A soundtrack plays behind a scene, and the truly human moment of the moon landing was Cronkite’s broad smile and almost disbelief when Armstrong and Aldrin became the first humans to walk on another world.

Forty years later, I remember standing in Cronkite’s CBS office — full of leather-bound volumes and a lifetime of collectables and triumphs — and looking at the model of Apollo 11 he had among ship models, awards and plaques.

Cronkite saw me looking at the replica and said, “It was marvelous what they did, you know, just marvelous.”

It was but, when everything changed, you did a pretty good job, too, Walter.