McGarry said: “Our goal is to host an annual event where thought leaders from all media can come together, share ideas and learn how to monetize their business through cross media." 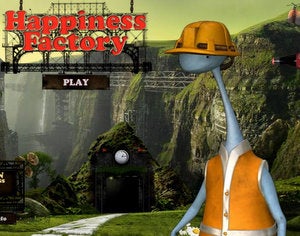 Other events scheduled include two industry-focused case studies and four demonstrations of emerging cross-media technologies, all designed to give attendees a more direct and personal understanding of how cross-media can be implemented successfully.

Jeff Gomez, transmedia storytelling expert and CEO of Starlight Runner Entertainment, will present a case study on Coca-Cola’s Happiness Factory (left), demonstrating how an entertainment intellectual property can successfully be distributed and monetized across multiple platforms.

Sponsors lined up for the event include the Government of Canada, the National Association of Television Programming Executives, Mashable, C21 Media and the New York Television Festival.