The project, which is from Sony Pictures Television, Amazon Studios and Original Film, will be written by Sara Goodman and Phoebe Fisher. Neil Moritz, who produced the 1999 film, is an executive producer on the project.

Here is the logline for “Cruel Intentions”:

An hour-long drama series where two ruthless step siblings will do anything to stay on top. In this case, of the Greek life hierarchy at an elite Washington, D.C. college. After a brutal hazing incident threatens the entire Panhellenic system, they’ll do whatever’s necessary to preserve their power and reputations — even seduce the daughter of the Vice President of the United States. 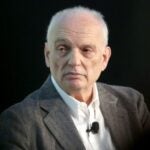 Released in 1999, “Cruel Intentions” starred Sarah Michelle Geller and Ryan Phillippe as step-siblings Sebastian and Kathryn, who make Reese Witherspoon’s Annette an unwitting pawn in a bet between them. The movie also starred Selma Blair, Joshua Jackson, Tara Reid, Christine Baranski and Louise Fletcher. It grossed $75.9 million on a budget of $10 million.