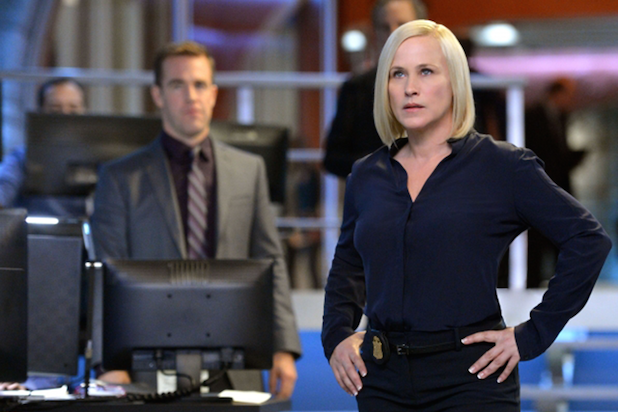 “CSI: Cyber” has officially been canceled after two seasons, TheWrap has learned.

The show has been a consistent, if somewhat lackluster, ratings performer for CBS. It is currently averaging 8.5 million viewers and a 1.5 rating in the key demo.

The series starred Patricia Arquette, James Van Der Beek and Shad Moss, a.k.a. Bow Wow. Ted Danson transitioned to the series after “CSI” ended September. However, Danson announced he would be leaving the show after just one season to star in a pilot at NBC.

The end of the show means the end of the “CSI” franchise, which has been on the air for over 15 years. At one time, “CSI” was the most popular show in the world due to high domestic ratings and huge international sales.

The original series ran from 2000 to 2015, undergoing a number of casting changes. William Petersen famously played Gil Grissom for the majority of the series, with Marg Helgenberger as Catherine Willows and Jorja Fox as Sara Sidle. “CSI: Miami” with David Caruso ran from 2002 to 2012. “CSI: New York” with Gary Sinise ran from 2004 to 2013.