“CSI: Vegas,” CBS’ revival/sequel series to the original “CSI” drama, is coming back for a second season.

Peterson will not return for the second season as Gil Grissom, as he had only signed on for the initial 10-episode revival. He will remain as an executive producer.

CBS says “CSI: Vegas” has improved its Wednesday 10:00 p.m. time slot by more than 60% in viewers and adds more than 3 million viewers in delayed viewing each week. 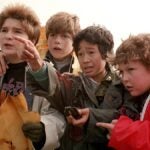 “The incredibly talented ‘CSI: Vegas’ creative team and cast did a superb job this first season, brilliantly updating and portraying the ‘CSI’ universe with fresh stories and a new crime lab, proving that after 20 years, the ‘CSI’ fan base is still hungry for more and ready to embrace a new chapter in this illustrious franchise,” said Amy Reisenbach, executive vice president, current programs, CBS.

“CSI” first premiered in Oct. 2000 and was CBS’ longest-running TV franchise until “NCIS” surpassed it a few years ago. It ran for 15 seasons, airing a special two-hour finale movie in 2015. It also spawned three spinoffs: “CSI: Miami,” which starred David Caruso, the Gary Sinease-led “CSI: NY” and the short-lived “CSI: Cyber,” which featured Patricia Arquette.

The flagship “CSI” took place in Las Vegas and followed a team of crime scene investigators for the LVPD. That cast included William Petersen, Marg Helgenberger, George Eads, Gary Dourdan and Paul Guilfoyle. Petersen left as Gil Grissom after the 10th season and was replaced by Laurence Fishburne, who himself was later replaced by Ted Danson.