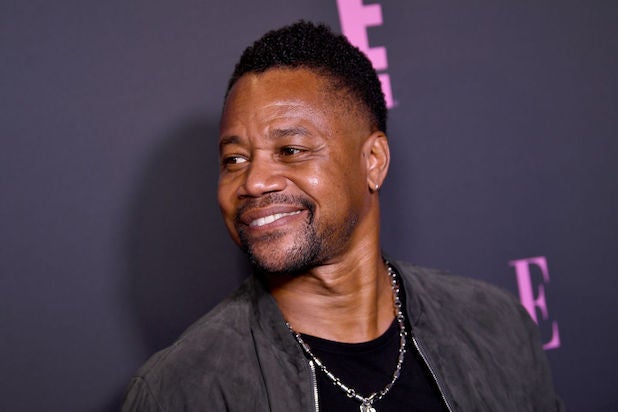 Cuba Gooding Jr. was accused in a new lawsuit of raping an unnamed woman twice at a hotel in Manhattan in 2013.

The suit, filed on Tuesday, said that the woman first met Gooding in the VIP lounge of a Greenwich Village restaurant and was later invited to join the actor and his friends for drinks at The Mercer Hotel in SoHo. When she arrived at the hotel, Gooding said he needed to change his clothes but would do so quickly and instructed the woman to come with him to his room, the lawsuit said.

Once inside the hotel room, the woman attempted to leave the room after she saw Gooding begin to take his clothes off in front of her. The woman said the actor blocked her path, pushed her onto the bed, forcibly touched her breasts and genitals and then raped her, despite the woman saying “no” repeatedly.

When the woman tried to leave after Gooding went to the bathroom, Gooding returned to the bed and anally raped her, the lawsuit said.

“Plaintiff was afraid to move in fear that Defendant might rape her a third time. Nevertheless, Defendant fell asleep almost immediately, upon which Plaintiff went to the bathroom to clean herself. However, at this point she realized that Defendant had woken up as she heard him rustling in the bed,” the lawsuit said. “[The woman] was in fear that she might be raped again, told [Gooding] she had to head downstairs in order to meet her friend, and hurriedly left the hotel room.”

The unnamed woman is seeking a trial by jury and unspecified damages for “mental, emotional and physical injury, distress, pain and suffering and injury to her reputation in an amount to be proven.”

Mark Heller, an attorney for Gooding, did not immediately respond to TheWrap’s request for comment but told the New York Times that the accusations were “completely false and defamatory.”

The lawsuit against Gooding comes as the actor is awaiting a criminal trial in New York on charges of forcible touching and sex abuse. He has pleaded not guilty.