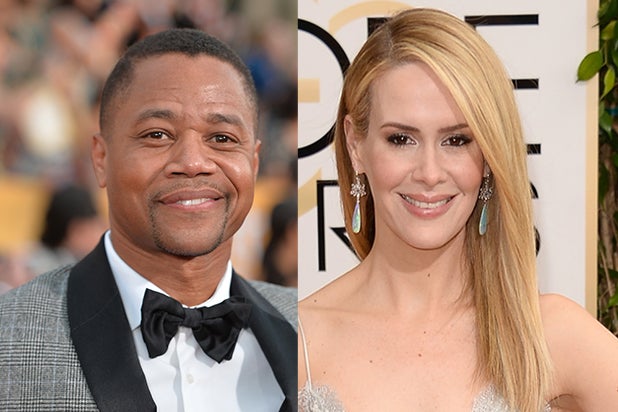 The first 10-episode installment of the anthology series will follow the O.J. Simpson trial and is based on the Jeffrey Toobin book, “The Run of His Life: The People v. O.J. Simpson.”

Gooding Jr. will play Simpson, who was on trial for the murders of his ex-wife, Nicole Brown Simpson, and waiter Ronald Lyle Goldman, in June 1994.

Gooding Jr. won an Oscar for “Jerry Maguire” in 1996 and starred in films “As Good as It Gets,” “Men of Honor,” “American Gangster,” “Red Tails” “Selma” and “Lee Daniels‘ The Butler.” His TV credits include “Hill Street Blues,” MacGyver,” TV movie “Summoned” and the upcoming Comedy Central series “Big Time in Hollywood, FL.”