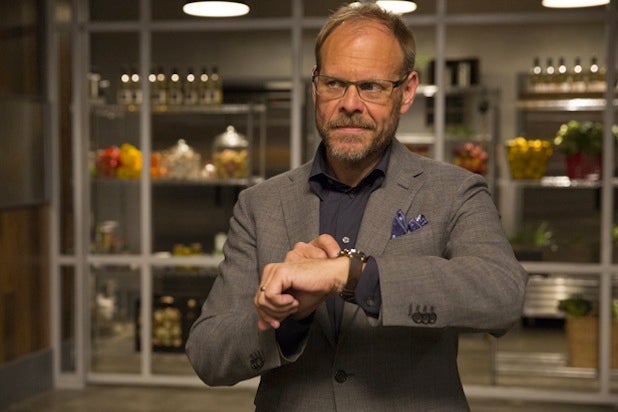 Food Network has renewed “Guy’s Grocery Games” for a second season and “Cutthroat Kitchen” for a third.

Hosted by Guy Fieri, “Grocery Games” will go back into production this month. And the Alton Brown-hosted “Cutthroat Kitchen” will start production on the new season in March.

“We’re thrilled at the viewers’ reception for both these two Sunday night favorites and we’re working quickly to deliver new episodes for fans,” Food Network’s GM and senior vice president Bob Tuschman said in a statement.

He continued, “‘Cutthroat Kitchen’ and ‘Guy’s Grocery Games’ put a unique and distinctive spin on the culinary competition show, each infused with the unique talents of Alton Brown and Guy Fieri respectively, and they have clearly resonated with our audience.”