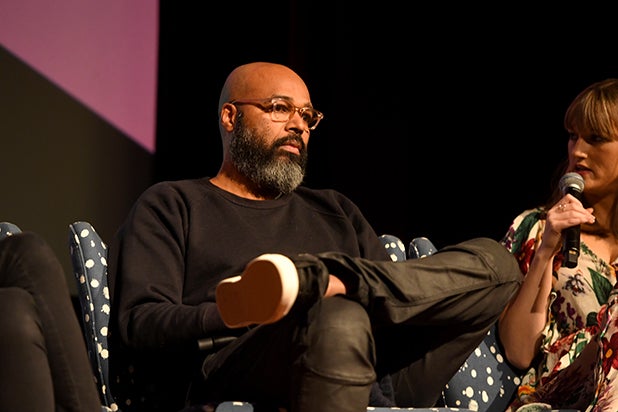 CW president Mark Pedowitz said Thursday that “Black Lightning” showrunner Salim Akil’s legal issues have nothing to do with the DC Comics show, describing them as a “personal issue.”

“He has a personal issue, it has nothing to do with the show,” Pedowitz said during his executive session at the television critics association press tour. “The show, as far as we’re concerned, is that Salim, the other producers, the cast and the crew, they deserve to work.”

Warner Bros. Television launched an inquiry into Akil’s professional behavior last November, after a former girlfriend accused Akil of domestic violence in a lawsuit, saying she had engaged in a decade-long sexual relationship with the writer-producer, during which time he abused her on multiple occasions. Akil has denied the accusations.

In addition to multiple instances of alleged domestic violence, Akil’s former girlfriend, Amber Dixon Brenner, also said that Akil stole the idea for OWN’s “Love Is” from an unproduced screenplay of hers. OWN has since canceled the series.

“When litigation came to us, Warner [Bros] did the appropriate thing and did an investigation on the set,” he continued. “There is no world where that is not a safe place, there were no wrongdoings found.”

Responding to a question about the plagiarism accusation that Brenner leveled against Akil, Pedowitz said, largely because “Black Lightning” is an adaptation of a pre-existing DC Comics series, the studio doesn’t think Akil took the idea for the CW series from anyone either. “That’s for the courts to decide if that’s the case,” he said. “I think the studio believes he didn’t do that, so we’ll see what happens.”

Pedowitz’s comments came moments after The CW renewed “Black Lightning” for a third season, along with 9 other series.