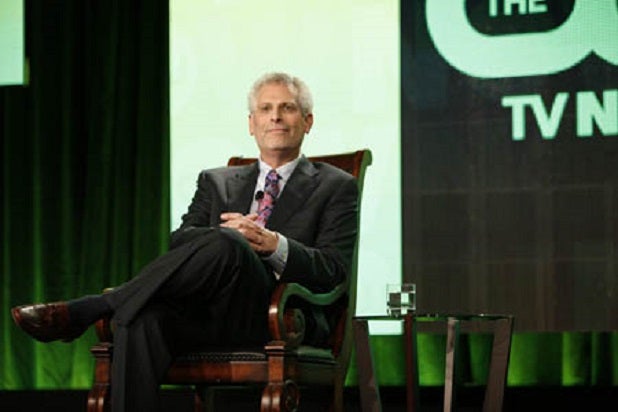 “I wish it did better,” Pedowitz lamented. “Docusoaps are very hard for broadcasters to get going versus cable.”

Pedowitz announced the cancellation at the Television Critics Association press tour in Pasadena on Wednesday, where he addressed a number of topics, including the decision to make the network’s “Flash” project a full pilot rather than a  backdoor pilot on the CW’s hit superhero series “Arrow.”

“I’m very bullish on  the show,” Pedowitz said. “We felt that rather than try to squeeze in a spinoff, let’s get into a bigger pilot so that if we do launch the series. we’re gonna launch it with a bang lke we did ‘Arrow.'”

The fates of CW series “The Carrie Diaries” and “Beauty and the Beast” will be determined in May, Pedowitz noted.

Pedowitz also declared himself to be “very bullish” on the network’s historical drama “Reign,” saying that while the ratings for the series initially moved “slowly” but “are increasing” and adding, “I’m looking forward to it returning.”

During the executive panel, Pedowitz offered no indication that he planned to follow in Fox’s footsteps and bypass pilot season, as Fox chairman of entertainment Kevin Reilly said his network would do at the TCA on Monday.

“Pilot season is tried and true. It’s inefficient in some ways and it’s very efficient in others,” Pedowitz opined. “We do not do that many pilots at The CW; when we do our pilots it has a great ratio of series go-to. I think last year we ended up doing seven pilots, [and] five made it to series …. so for us, it’s a very efficient system.”