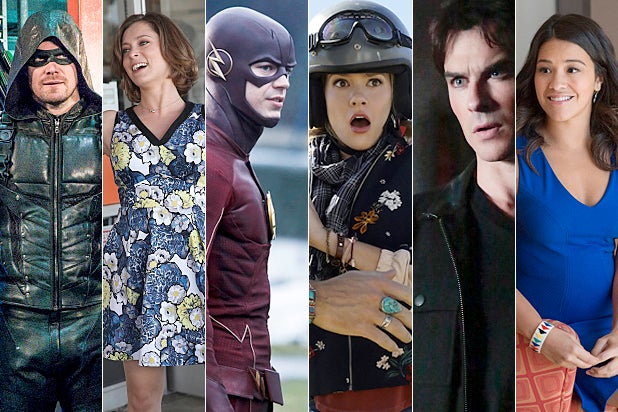 “The Flash” will kick off The CW’s fall season with a Tuesday, Oct. 4 premiere, the broadcast network announced Friday.

New dramedy “No Tomorrow” will follow the Season 3 debut of “The Flash” on Tuesday, while the Season 5 premiere of “Arrow” airs at 8 p.m. ET the following night, Wednesday, Oct. 5, followed by new drama “Frequency” at 9 p.m..

On Monday, Oct. 17, “Supergirl,” formerly on CBS, premieres its second season at 8 p.m. ET followed by the Season 3 premiere of “Jane The Virgin.”

Finally, that Friday, Oct. 21, “The Vampire Diaries” will premiere its eighth season at 8 p.m., followed by the Season 2 premiere of “Crazy Ex-Girlfriend” at 9.

Shows saved for midseason include new drama “Riverdale” and returning series including “The 100,” “iZombie,” “The Originals” and “Reign.”

Read on for the CW’s full fall premiere schedule: