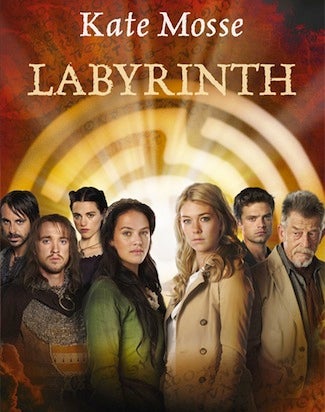 The CW Network has acquired the  four-hour event miniseries, “Labyrinth.” And it has given greenlights to two reality series: “Barber Battle” hosted by Cedric the Entertainer and “Penn & Teller: Fool Us.”

Plus in a last minute deal, The CW plans a “Veronica Mars” sequel with Rob Thomas for its digital property, CW Seed. No further details were available on the announcement, which was made at the Television Critics Association press tour on Wednesday.

Filmed on-location in the medieval town of Carcassonne in southwest France and Cape Town, South Africa,”Labyrinth,” jumps back and forth between modern and medieval France as it follows the lives of two women who are separated by centuries, but united in their common search for the Holy Grail.

Co-produced by Tandem Communications and Film Afrika Worldwide, in association with Scott Free Films and Universal Production Partners (UPP), “Labyrinth” is an adaption of Kate Mosse’s bestselling novel of the same name. Series will be adapted by writer Adrian Hodges and directed by Christopher Smith.

Reality competitions, “Barber Battle” and “Penn & Teller: Fool Us,” will premiere later this year. They both follow after the success of The CW’s run of “Whose Line Is It Anyway?,” a series CW president Mark Pedowitz is very fond of.

See CW’s descriptions for the new shows below:

“Labyrinth”: In Carcassonne, France, in the year 1209, 17-year-old Alaïs (Jessica Brown-Findlay, “Downton Abbey,” “Misfits”), is given a mysterious book by her father; a book which he claims contains the secret of the true Grail. Although Alaïs cannot understand the book’s strange words and labyrinth symbols, her father instructs her to protect the book no matter what happens to him. Alaïs realizes that her destiny lies in keeping the secret of the labyrinth safe. Eight centuries later, at an archeological dig in the French Pyrenees, a young volunteer named Alice Tanner (Vanessa Kirby, “The Hour,” “Great Expectations”) discovers two skeletons in a forgotten cave. Puzzled by the labyrinth symbol carved into the rock, she realizes she’s disturbed something that was meant to remain hidden. Somehow, a link to a horrific past – Alice’s own past – has been revealed.

BARBER BATTLE will visit different barbershops across the country in each of the 10 episodes. The most talented barbers from the Bronx to the ‘burbs will compete with their clippers to showcase their artistic designs and be crowned the creator of the best “crowns” in town. Going beyond mere hairstyles, these amazing stylists use their scissors and clippers to create astonishing works of art ranging from portraits to landmarks to ballparks – all on someone’s head. Episodes will blend craft with comedy and will feature a winner each week. Judges, locations and contestants will be announced at a later date.

“Barber Battle” Hosted by actor and comedian Cedric the Entertainer (“Who Wants to Be A Millionaire,” “The Soul Man,” “The Original Kings of Comedy”), who also serves as executive producer, along with Mark Efman (“Charlemagne & Friends,” “A&E Biographies”).

“Penn & Teller: Fool Us”: On each of the nine episodes of PENN & TELLER: FOOL US, aspiring magicians are invited to perform their best trick to try and fool the world-famous team of Penn & Teller. Anyone who succeeds wins the right to perform with Penn & Teller in their celebrated show at the Rio Hotel & Casino in Las Vegas. The live studio audience and the TV audience watch along with Penn & Teller as they try to figure out the secrets. Penn and Teller see the trick only once and have to immediately try to work it out. The audience knows there are no camera tricks, secret edits or helpful camera cuts. This is all real magic. British television and radio personality Jonathan Ross (“Friday Night with Jonathan Ross”) serves as host.

PENN & TELLER: FOOL US is created and produced by 117 PRODUCTIONS and September Films (part of DCD Media) for ITV, with executive producers Peter Adam Golden and Andrew Golder, David Green and Peter Davey.