“Smallville” will return to The CW next fall for its 10th season, the network announced Thursday. 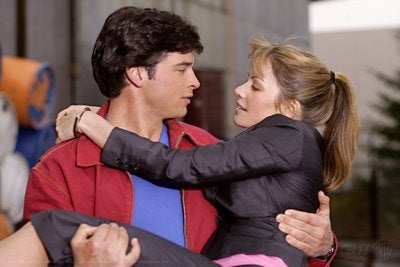 The modern retelling of the Superman legend, starring Tom Welling, moved to Friday night at 8 p.m. this season, and has dramatically improved the timeslot’s ratings for The CW.

It seemed entirely possible that Welling would be moving on to that new job, as "Smallville" was considered unlikely to return. However, the network appears to be pleased enough with the show’s timeslot-improving ratings to bring it back.

The CW previously announced the renewals of “The Vampire Diaries,” “Gossip Girl,” “90210,” “Supernatural” and “America’s Next Top Model.”

“Smallville” was developed for television by Alfred Gough and Miles Millar (“Shanghai Noon”), based on the DC Comics characters. Kelly Souders and Brian Peterson are executive producers, along with James Marshall, Mike Tollin, Brian Robbins and Joe Davola. The series is produced by Tollin/Robbins Productions, Millar/Gough Ink and Warner Bros. Television.