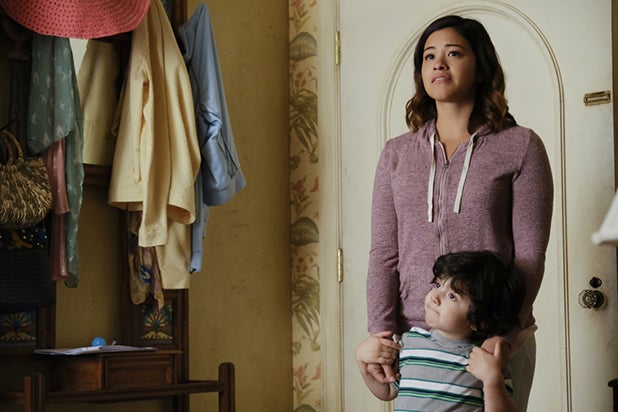 The CW is not done with “Jane the Virgin” just yet.

The network has put in development a spinoff of the soapy drama, which is about to enter its final season, with original series creator Jennie Snyder Urman and star Gina Rodriguez attached.

The plot details for the planned spinoff are being kept under wraps, but it will not be a spinoff of any character currently on “Jane the Virgin.”

The CW has been known to spin off its most successful shows. This season, the network debuted “Legacies,” the second spinoff of its “Vampire Dairies” franchise, following “The Originals.” The network has also built out its DC Comics-based TV universe with “Arrow,” “The Flash” “Legends of Tomorrow” and “Supergirl” (which moved over to CW after airing its first season on CBS).

“Jane the Virgin” will return for its final season next year.

CW actor stops by TheWrap for an interview and photo session