The CW has released the first photo of Cress Williams in costume as the titular hero in “Black Lightning,” the DC comic book drama pilot.

Based on the comics of the same name, the series will follow Jefferson Pierce (Williams), who hung up the suit and his secret identity years ago. But with a daughter hell-bent on justice and a star student being recruited by a local gang, he’ll be pulled back into the fight as the wanted vigilante and DC legend — Black Lightning.

The superhero’s suit is designed by Laura Jean Shannon.

The husband-and-wife team of Mara Brock Akil and Salim Akil wrote the pilot, which comes from Warner Bros. TV and will be executive produced by the Akils along with Greg Berlanti and Sarah Schechter.

“I knew way too much about the world as a young boy growing up in Richmond, California,” Salim Akil said in a statement. “I was no stranger to violence, death, hopelessness or the feeling that no one cared about what was happening in my life. Comics were a great way for me to escape. I was about 13 when ‘Black Lightning’ was created, and finally there was a Black Super Hero that gave a damn about our neighborhood and our lives. Resurrecting him at a time in our society when a sense of hope is lacking… ‘Black Lightning’ will be that hope. And in updating the suit, it will signal to a new generation that it’s time to harness and release our power, and become our own Super Heroes.”

Created by writer Tony Isabella and artist Trevor Von Eeden, Jefferson Pierce is one of the first major African American superheroes to appear in DC Comics. The character debuted in 1977 in a self-titled series that ran for 11 issues.

Four other DC comic book adaptation series already exist on The CW, “Arrow,” “The Flash,” “Legends of Tomorrow” and “Supergirl,” all executive produced by Berlanti as well, though it’s unclear at this point if “Black Lightning” would join the so-called “Arrowverse” or exist in its own world.

See the full first look image of Williams as Black Lightning below. 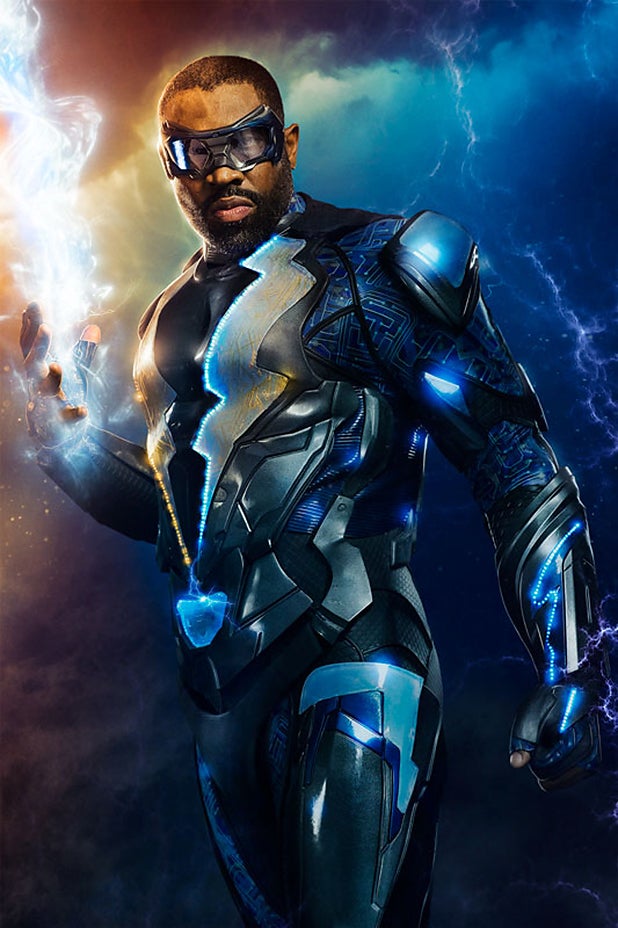