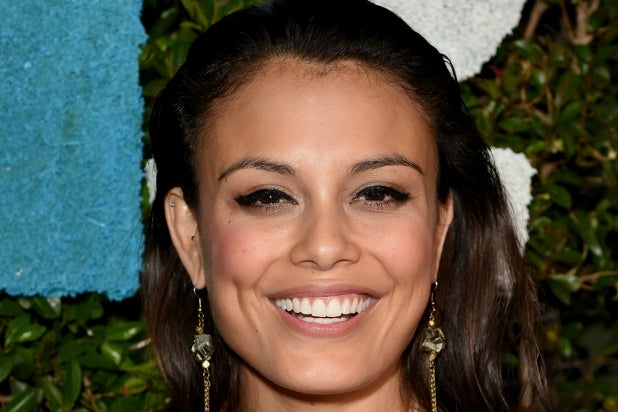 “UnReal” and “Vampire Diaries” star Nathalie Kelley has been tapped for one of the lead roles in The CW’s “Dynasty” reboot.

The actress will play the role of Cristal, the young Hispanic woman marrying into the WASPy Carrington family. “Dynasty” has been ordered to pilot.

Described as the Rolls Royce of all primetime soaps, “Dynasty” returns in a modernized reboot that follows two of America’s wealthiest families, the Carringtons and the Colbys, as they feud for control over their fortune and their children. The series will be told primarily through the perspectives of two women at odds: Fallon Carrington — daughter of billionaire Blake Carrington — and her soon-to-be stepmother, Cristal.

In an age where dynasties appear everywhere — from reality TV to the polling booths — this epic drama features the one percent in all its glitz and gloss, while exposing the dark underbelly: a corrupt world built on backroom deals, betrayal, and, in some cases, murder.

Kelley played “Everlasting” contestant Grace on Season 1 of Lifetime’s “UnReal” and most recently played Sybil on CW’s “The Vampire Diaries.” She is represented by the Burnstein Company.