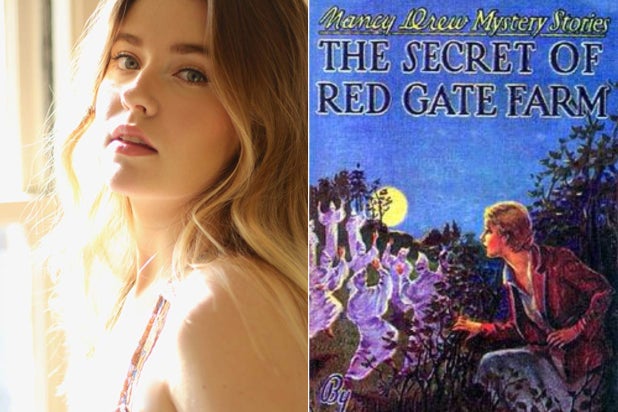 The CW has found the latest version of Nancy Drew.

The network cast newcomer Kennedy McMann to play the title role in its pilot.

McMann’s Drew is described as a brilliant teen sleuth whose college plans and sense of self have been derailed by a recent family tragedy – but when she ends up a suspect in a murder, it rekindles her love for detective work, even though the clues lead her to believe that a long-dead local girl may be the killer.

Leah Lewis, who recently appeared on The CW’s “Charmed” reboot, will co-star in the pilot as George, a tough, tattooed girl from the wrong side of the tracks who felt personally wronged by Nancy in high school. George now finds herself a suspect in the killing along with her former nemesis, forcing her to team up with Nancy to track the culprit and clear their names… and it just may be the beginning of a beautiful friendship.

Set in the summer after her high school graduation, 18-year-old Nancy Drew thought she’d be leaving her hometown for college, but when a family tragedy holds her back another year, she finds herself embroiled in a ghostly murder investigation — and along the way, uncovers secrets that run deeper than she ever imagined.

Josh Schwartz and Stephanie Savage are producing the pilot for The CW. Melinda Hsu Taylor will serve as showrunner with Larry Teng on board as director. The project is set up at CBS Television Studios in association with Schwartz and Savage’s Fake Empire. Noga Landau penned the script and is an executive producer, alongside Schwartz, Savage and Lis Rowinski.

This is the third time that CBS TV Studios has attempted to adapt Nancy Drew in the past three years. CBS ordered a pilot starring Sarah Shahi during the 2015-16 development cycle. It was also part of NBC’s development slate this past season. Both of those versions were developed as sequels to the books, while The CW project adheres closer to the source material.