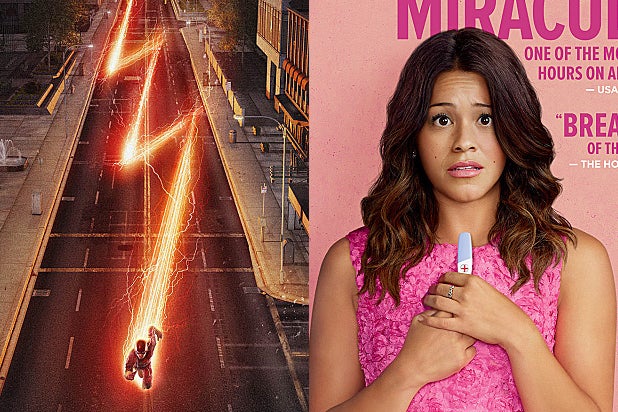 Grant Gustin is about to become a superhero, while Gina Rodriguez gets a gift of another kind in the first posters the CW has unveiled for their new fall dramas, “The Flash” and “Jane the Virgin.”

On “The Flash,” Gustin plays Barry Allen, the assistant forensics investigator who’s struck by lightning and gains super speed. He’ll also occasionally interact with Stephen Amell and the the gang from “Arrow.”

“Jane the Virgin,” based on a popular Spanish telenovela, sees Rodriguez as a twenty-something who’s saving herself for marriage — though all her carefully-laid plans go out the window when she’s accidentally artificially inseminated.