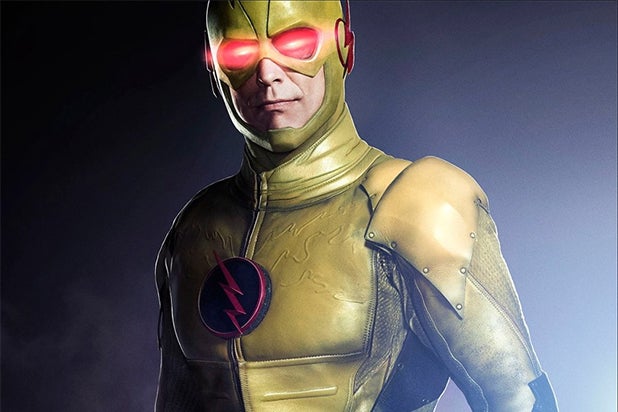 “The Flash” villain Reverse Flash is about to become more important than ever on The CW drama, and to prepare fans for the show’s return from winter hiatus, the network has released the first official image of Tom Cavanagh in costume.

Grant Gustin’s Barry Allen, the superspeedster known as The Flash, has been searching for Reverse Flash, who he calls the Man in the Yellow Suit, for years, believing him to be the person who murdered his mother and got his father falsely imprisoned for the crime.

The two costumed meta-humans have come face to face before, but Barry has no idea that underneath the yellow suit is Harrison Wells (Cavanagh), his not-really wheelchair-bound mentor and friend.

Another confrontation between Flash and Reverse Flash is clearly in the works, though whether Wells’ ambitious prediction in the pilot of the series – that the Flash would go missing in action at some point in his heroic endeavors – will come true is yet to be seen.

See the image below: