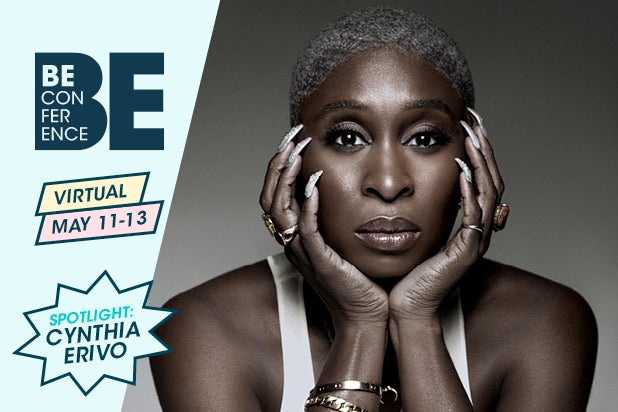 WrapWomen is pleased to welcome Grammy, Emmy and Tony Award-winning actress, singer and producer Cynthia Erivo for a Spotlight Conversation presented by National Geographic at the 2021 BE Mentorship Conference, May 11-13.

The livestreaming event will offer three days of mentorship, education and career-building workshops by the most influential women in media and entertainment.

Erivo will discuss her career and her latest role as Aretha Franklin in National Geographic’s global anthology “Genius: Aretha” in conversation with Wrap editor-in-chief Sharon Waxman. The series is the first definitive, scripted limited series on the life of the universally acclaimed Queen of Soul. The series premiered on National Geographic on March 21.

Erivo burst onto West  End and Broadway stages in “The Color Purple,” and has since taken the world by storm. In 2020 she starred in Kasi  Lemmons’ “Harriet,” where she brought the legacy of Harriet Tubman to the big screen and also lent her voice to the movie’s title song, “Stand Up.” Both Erivo and “Stand Up” were nominated for two Academy Awards, two Golden Globe Awards and a Grammy Award.

Erivo will soon star in Apple’s “Roar,” an anthology series of darkly comic feminist fables, as well as the Disney remake of “Pinocchio” and Universal’s “Talent Show,” directed by Gandja Monteiro and written by Lena Waithe. The actress will also produce and star in a biopic about Sara Forbes Bonnetta, a 19th-century Nigerian princess who was “gifted” to Queen Victoria after being liberated from slavery. 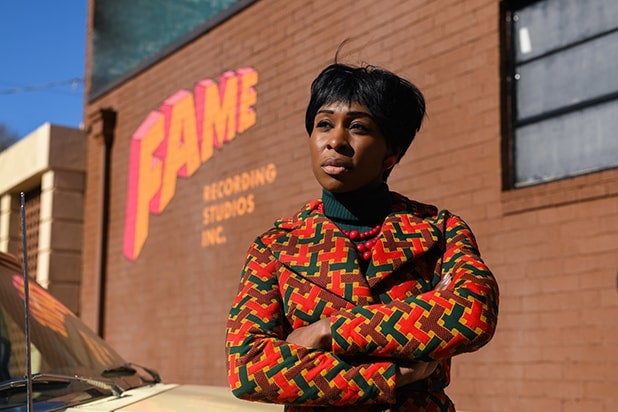 In addition to her illustrious acting career,  Erivo is a Grammy-nominated songwriter and performer, often headlining sold-out shows, symphonies, and music spaces including the 2020 Academy Awards, the 2017 Governor’s Ball and the 2017 Grammy Awards. Erivo is currently working on her debut album, which she plans to release in the Summer of 2021.

In February 2021, Erivo announced that she will be releasing a children’s book titled, Remember to Dream, Ebere on September 28. The book follows a young girl named, Ebere whose mother encourages her to dream as big as possible.

In August 2020, Erivo launched her production company, Edith’s Daughter, and announced her first-look deal with MRC Television & Civic Center Media. Edith’s Daughter focuses on projects that express the beauty in the stories and people who are often overlooked and underrepresented.

BE Conference 2021 (May 11-13) will offer three days of virtual mentorship, education and career-building workshops by the most influential women in media and entertainment. Starting Tuesday, May 11th join WrapWomen for an exclusive digital event tailored to those who are reaching for the next level of their career. DAY 1-2 are FREE to attend – click here to RSVP for free.

DAY THREE offers a hands-on approach in delivering deep-dive workshops and small-group mentorship video calls that foster and cultivate growth in three key areas: Hollywood Voices, Business Leadership and Personal Growth. Whether you’re just starting out in your career or making a mid-way pivot, the BE mentorship program can help you prioritize the next stage of your journey. DAY 3 participation is available for a $99 upgrade – click here to learn more.